We are extremely proud to announce that former Academy players Dyneal Fessal and Tyler Bush have helped Jamaica Rugby qualify for the Rugby World Cup 7s. The tournament will take place next year in San Francisco.

While they are not the first Academy members to achieve International recognition, Matt Killeen (Ireland Clubs U18) and Shai Hacohen (Israel) beat them to that honour, it is still a huge achievement for the lads.

Having been playing with the UK Reggae Crocs, a development team for potential Jamaican qualified players, they competed over the weekend with the full Jamaican 7s team at the final eliminator in Mexico City.

There may be more good news to come though. Current Academy member, scrum half Connor Segre has been involved in the lead up to this weekend but injury has restricted his availability for selection.

So watch this space… 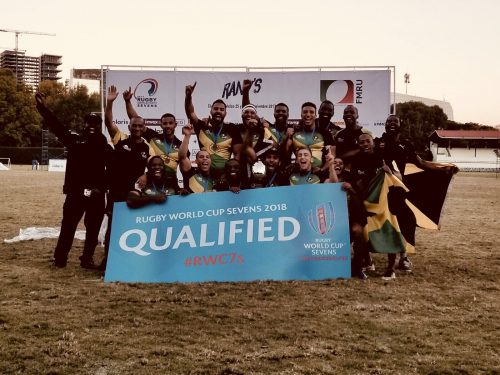