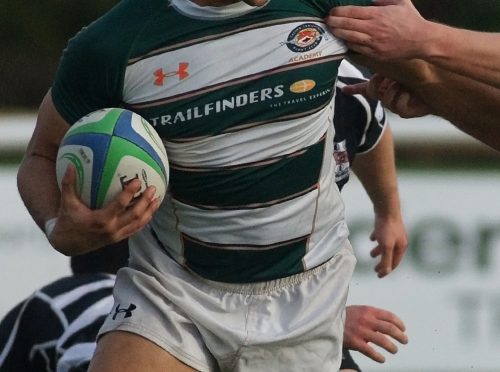 Friday night under lights always feel a little bit special and it was an excited Academy side that arrived at Vallis Way for their first game of the new season.

11 players were making their Ealing Trailfinders debuts with a further 3 Academy U18 players stepping up. It was always going to be a big test against an established London 1 North side (Level 6). Although, with a good preseason programme under our belt, there was a real buzz that continued from Thursday’s training into tonights game.

The first two quarters were scrappy affairs, far too many unforced errors gifted possession back to Ruislip. Low level penalties were also a recurring feature throughout the game.

Decisions at the breakdown weren’t good, we conceded all our points from this area. We will have to work hard on this area over the coming weeks.

We did however, look very sharp in attack. Our footwork is very good and there is real pace in the group. Utilising this, combined with some accuracy in contact will make us a dangerous proposition.

With so many players involved its difficult to pick out individuals but there has to be some recognition of good performance. Here goes…

Haseen Hashim played with intent all night and a touch of brilliance to chip over, recover his kick and off load for Joyce’s score was sublime.

Zack Godfrey played with vision, adjusted his errors and his break through a gap, acceleration and perfectly timed pass put Onabajo in for 5 points.

As well as his try Ire Onabajo was excellent all night, great comms and work rate have answered a lot of questions. certainly one to watch (and hear) this year…

Harrison Slater took to an experiment at 9 like a duck to water, errors in the second Quarter were ironed by the third, getting mentions from the spectators show the quality of his performance.

Altogether and encouraging night, today our loan players will be in action with our partner clubs