As August draws to a close pre season games start to come thick and fast! The Academy players have been hard at it since mid June and its a great feeling for the players to get back on the pitch.

Academy Director John Lacey said “All the guys have worked really hard through the summer and have been making some great gains. Zaki Chamnaoui and Marcus Lowe have started to train and play with their loan club Henley Hawks who play at Level 4 in National League 2 (South). Zaki played at Level 6 in London 1 (North) side Harrow last season and was voted the 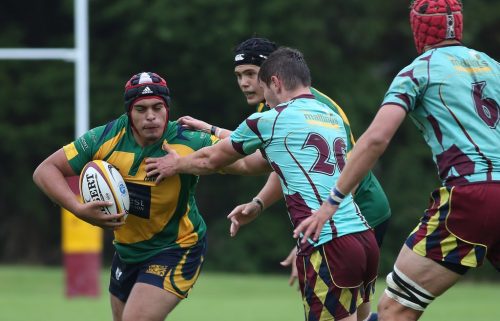 Player of the Season. He has already impressed at Henley and should look ahead to a great season. Noah Jarvis has returned on loan to his former club Wimbledon who play at Level 5 in National League 3 (London & SE), Noah joined us from there this season and will look to add considerably to his 8 games at that level last season.

The rest of the Squad will join up with the Men’s section at the club playing in Zoo Shield 2, good performances will lead to movement up the RFU levels, I know the boys are ambitious and will be keen to catch their respective coaches eye with a view to developing further.

It was good to see a large number of the Squad get their first run out of the season yesterday when the Men’s Section took on London Cornish, given it was many of the players first taste of the adult game I was really pleased with how the boys acquitted themselves. Luca Townshend who has been the stand out performer in training so far was especially impressive.”

The Academy U18 and U18 Emerging Players Group have been back in training since the start of July and we have had some exciting players join the group, with the bulk of the LV=U18 Cup squad still eligible it looks a strong squad going into the new season.

There is a great opportunity to see how the boys are progressing on Wednesday evening as the Academy U23 take on local rivals London Scottish Academy under lights at Trailfinders, kick off is at 19:30 and it would be great to see as many supporters as possible.