It seems a logical time to reflect on our achievements of last season.

We had some notable successes on the pitch with double victories over both London Scottish and Birmingham Moseley Academies as well as first win against Bedford Blues.

We proudly continued our association with the Armed Services rugby community and managed another win over the Army U23 but slipped to defeat against the Navy and UK Armed Forces U23 sides.

Off the pitch we have continued to develop young players who have often been overlooked by others and have ben able to get excellent exposure for some of our players.

Josh Steadman trained extensively with the Pro Squad over last summer, Tyler Bush and Marcus Lowe both had extended training periods with them too. Reon Joseph also had some ‘experience days’ with the full time players during his Easter holidays, a fantastic opportunity for an U17. Two further players who joined us late in the season off the back of our growing reputation also gained trials with the 1st XV, Charlie Fatoma (Trinity School and England Counties U18) and Zianna Alexis (Amersham & Chiltern and England Counties U20) made big impressions in their time with us.

We are extremely proud that Zi has been invited to train with the Pro Squad for Preseason and Charlie has been offered a development contract, but it is a special achievement that Tyler Bush has become the first Academy player to graduate through Mini, Youth, Emerging Player Group and Senior Academy into the full time Pro squad. 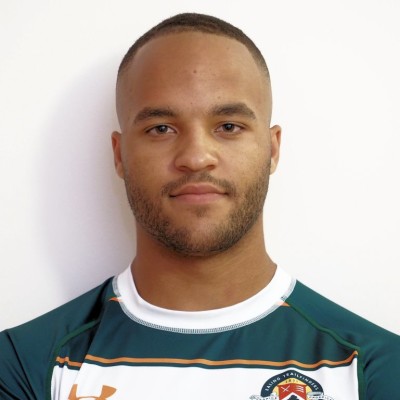 We thank Ben Ward and all the Pro Squad coaches and players for their support of the Academy and making time to look at these young players.

Two further players leave us next season with National League contracts, Louis Flynn and Dyneal Fessal have both earned a place in the Henley Hawks Squad for 2016-17. Louis joined us from Ruislip (level 6) and Dyneal from Hillingdon Abbots (Level 10) both have made great strides during their time with us and we wish them every success with their new club.

The Academy U18 Squad has also seen its fair share of success with a fantastic win over Cambridge RFC to win the LV=U18 Cup, 13 of the match day squad were U17 so we are in a very good position for next season. We also won the Bedford Blues U19 10-a-side Plate Competition.

The new season brings great opportunity, who will be the next to make the step up to National League Rugby and possible full time Pro exposure….we shall see….