The Academy got back to winning ways today with a good win against a dogged RAF side who deserved more credit than the score line suggests.

The game was pretty even for the first quarter with the young Trailfinders trying to set a high tempo but struggling to impose themselves, especially at the breakdown. A missed penalty seemed to give the visitors heart and a period of good possession saw them press the Ealing try line and a penalty try saw the first score go the RAF.

The second quarter however was all Ealing, a visible increase in the intensity and speed of ball saw a flurry of 5 tries, a brace from the ever improving Chris Joyce, one each for wingers Rasaan Samms and James Booth and one for U19 centre and Star Man Ollie Morris. Max McMinn converted four to make it 33-7 at half time. 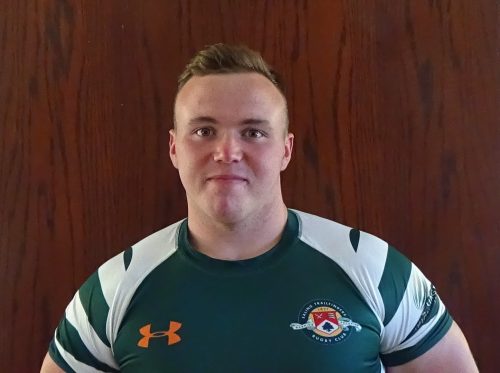 The second half was somewhat disjointed with several injuries, most notably scrum half Conor Segre. Damaging his shoulder was the biggest loss, his game has really benefitted from being around regularly this season.

The team were still able to add a further 5 tries to their first half tally, Michael Rugely, James Booth, Matt Hodson, Zak Gregory and Zaki Chamnaoui all crossed and Callum Nolan-Hutchinson added 2 conversions.

Academy Director John Lacey said ” That was a pleasing performance today, we looked in control for decent periods, we were able to manipulate the opposition to create opportunities which has been a big focus of our current training block.

The RAF were able to disrupt our ball at the breakdown but by committing players there we had space wider out which we exploited.

It’s really good to see the boys taking more ownership of the build up to games, both on and off the pitch and they’re reacting well to the added responsibility. Everyone returns to their respective Saturday teams next week before the focus turns to our away fixture against the Army, which will be a step up for a lot of the guys.”