The Academy travelled up the M40 to Henley on Thursday to take on National League 2 side Henley Hawks in their second match in four days. The Hawks are possibly the toughest test the Academy has encountered in the four years it has been running and the first half was a baptism for many of the players.

With the return of our loan players to the squad, there was more experience on show but a mixture of respect and nerves saw the Oxfordshire side enjoy dominance in field position, possession and scores on the board.

What possession we had we failed to press home, there were high points, 18 year old second row Alex Niang really grew in stature and relished the physical challenge. Scrum half Conor Segre followed up a good performance against London Scottish with another excellent game. Wing James Booth really opened up the Henley midfield taking a clever pass from Poynter to run 50m before being hauled down 5m from the line. 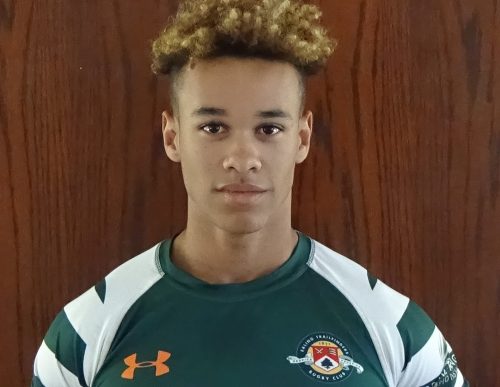 Half time gave an opportunity to gather ourselves and refocus on what we wanted to achieve and the principles we follow.

The second period was a completely different story to the first, almost from the first kick we started to attack with pace and conviction, making meters beyond the tackle and disrupting the organised Henley defence, this space was exploited by Segre time and again and his connection with U18 Emerging Player Group fly half Ciaran Poynter, continues to grow, a neat attack down a loosely defended blindside was snuffed out, but the quick ball generated was moved wide across the pitch and Yun Shun Luk went over to the left of the posts, Poynter converted for the full 7 points.

The game swung from end to end, brilliant line breaks by replacement centre Ollie Morris, Michael Rugely and marauding runs by prop forward Kadeem Collins had the Ealing support on their feet, and it was Rugely who finished another good blindside attack with McMinn adding the conversion.

After the game, Academy Director John Lacey said “That was a fantastic evening and marks a massive change in the Academy, we have ticked off some real milestones in the last two seasons, we matched the organisation we had set as our bench mark, we now compete with each of the other age group sides we play but to be able to come to an established club at Level 4 of the RFU structure and have sustained periods on parity and even some dominance is a joy to watch.

Having 1 x U18, 6 x U19 and 6 x U20 on the field is a real statement of the development the boys are achieving. They can be very proud of themselves tonight, the coaching and management team certainly are!”

There is a short gap to catch our breath as the boys return to their Saturday teams for a couple of weeks before we take on the Royal Air Force at Vallis Way on 17th September, kick off is at 14:30 and we would love to see a good crowd the cheer the boys on.