I enclose a copy of the photograph showing the Ealing team which won the “Argaumsoraus” (Buffalo Head) against Plymouth Argaum on Easter Tour. I think this was in the early 1960s as Martin Nolan was captain and all three matches we won. These were against Plymouth Argaum, Salcombe and think the other side was Exmouth. As far as I remember we stayed in the Sefton Hotel in Babbacombe and I shared a room with Dave Inwood.

There are a few missing from the photo – they must be in the bar! 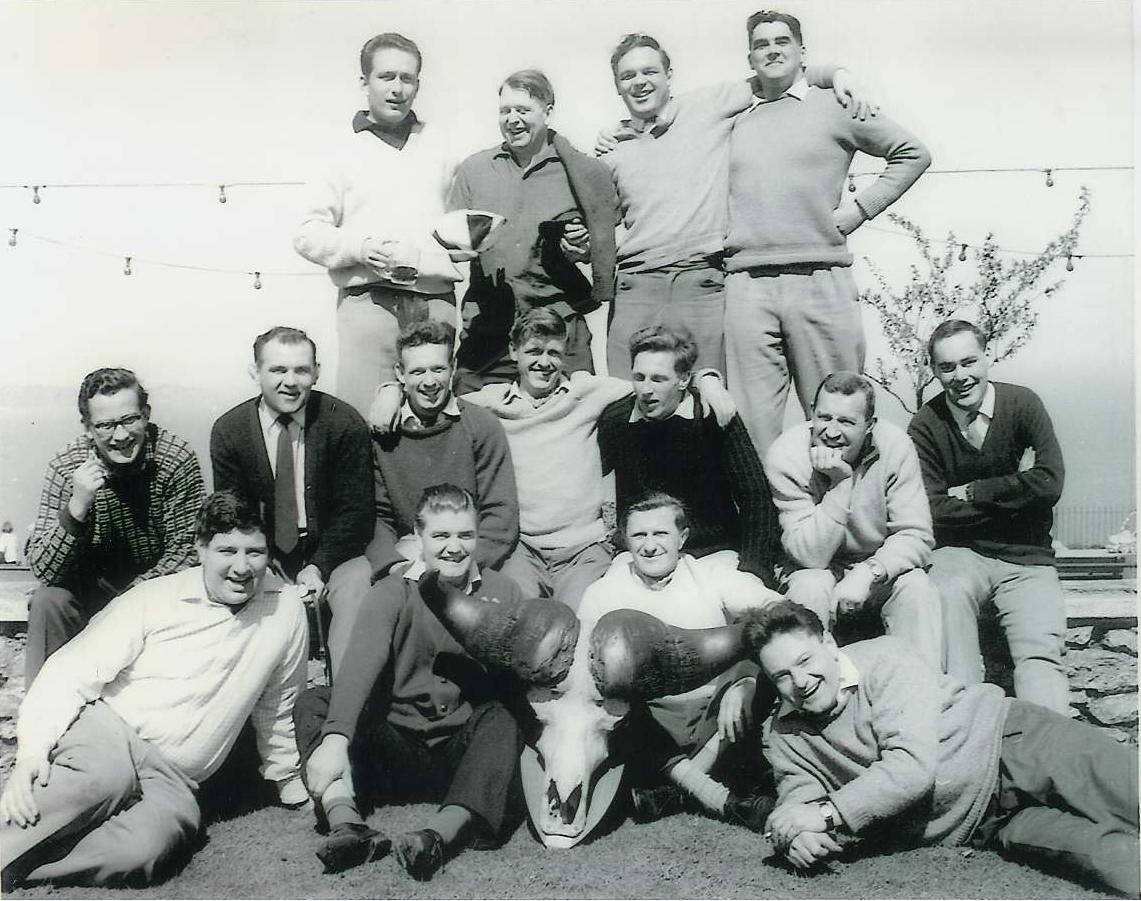 Definitely missing are: Mark Nolan (captain), Kevin Freeman, John Reed (secretary and tour manager) plus about two others who I can’t recall.

I hope this is of interest and any other matters I can through a light on during my playing career at Ealing (1957 – 1972) then please let me know as I was particularly involved in the club from 1961 to 1972.

I wish the club well in the new season in what is a hard league and I expect to be down several times to watch.

In addition Steve Barnes, President at Plymouth Argaum, wrote to let us know that their website has two mentions of Ealing in 1960s. See here – select “1960s”. It refers to an Easter Tour game against Ealing in 1962 where Ealing won 17-14 and a game at Ealing in 1961 on “on a pitch resembling a marsh”.