Ealing Trailfinders centre Tom Bedford is well aware that he and his teammates face a tough start to 2014 with an away match against Nottingham.

The east Midlands side are two place and 11 points clear of Ealing, but they showed their class earlier in the year when they reached the promotion playoff semifinals and are sure to want to begin 2014 with a victory 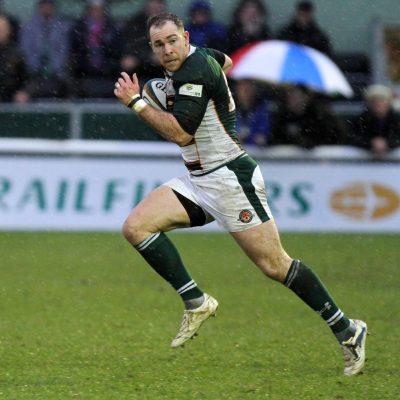 “It is a massive game against Nottingham coming up,” Bedford said. “That’s a big game for us and I’m sure the boys had a good break for Christmas, but really we have to think about getting points on the board.”

Bedford has been in try-scoring form in recent weeks; after his first of the season set up the team’s opening Greene King IPA Championship win away to Jersey, he pounced early on against Bristol in the final match before Christmas.

He struck less than five minutes in when he intercepted a Nick Robinson pass to race home from inside his own 22.

“By the end (Phil) Chesters was overtaking me and shouting at me to pass, but I looked left and right and luckily no-one was round,” he said. “I saw their 12 calling for the ball out the back and then the 10 looked up at him so I just gambled and it paid off.”

While Bristol hit back with three tries before halftime Ealing kept them at bay as they went after the try bonus-point in the second half.

In the last 20 minutes it was Ealing who were in the ascendancy as they sought a bonus point of their own and Bedford hopes he and the rest of the team can recreate those types of performances for the rest of the season.

“The boys were disappointed with the first half and the way we let them have some easy points,” he said. “In the second half we came out and gave it a really good go.

“There were a couple of times when we were in our own 22, but if we do our jobs right and defend correctly there’s no reason for people to score easy tries against us.”