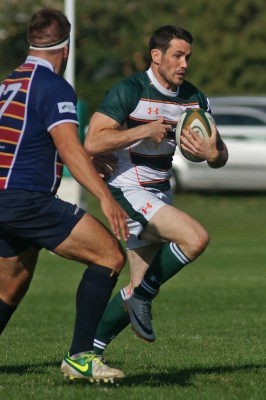 Billy Robinson is hoping to return from Ealing Trailfinders Friday night’s trip to Leeds Carnegie with better memories than from the last time he played the Yorkshiremen.

Last season he was part of the Moseley team that suffered a 38-12 loss to Leeds at Wharfedale, though he had got on the score-sheet with a try a year earlier when the west Midlands side came close to springing a surprise victory at Headingley Carnegie Stadium before slipping to a 22-21 loss.

The stadium that also plays host to Leeds Rhinos Rugby League Club boasts the Greene King Championship’s largest capacity at 22,250 and Robinson is confident that playing there and against a team that was gracing the Premiership only two seasons ago will help inspire the entire team.

“It is a great place to play,” he said. “My experiences of playing at Headingley have been really enjoyable ones.

“I find that playing against the big teams in the well-known stadiums is a really exciting thing and a challenge that I really enjoy and try to rise to. Hopefully the whole squad will have that attitude where they are all excited by it and inspired by it, rather than being intimidated.”

Robinson joined Trailfinders from Moseley over the summer and quickly established himself in the squad. He has featured in all three matchday squads so far this season, but two weeks ago when Ealing travelled to Yorkshire to face Rotherham Titans Robinson was only on the pitch for 15 minutes before being knocked out.

Thankfully he was given the all-clear for his home debut with Cornish Pirates and the 25-year-old former Cambridge and Sale Sharks flyer started at full-back, having previously featured on the wing.

While the team were unable to secure their first Championship win of the season he and his fellow outside backs did get the chance to stretch their legs in attack and put the side from the Duchy under pressure.

“It was quite an enjoyable game to play in; it was an exciting game,” he said. “Probably for the first time in the Championship this year we were able to show our ability to play quality rugby and get our backs some ball and I think we looked dangerous and created some opportunities and put Cornish Pirates under pressure.

“It was an enjoyable game to play in and there were lots of positives to take from it, but I think the reality is that we didn’t get anything from the game, which is of course disappointing. Going forward we can’t be content with good performances I think we need to get results.”