Ealing Trailfinders’ wing Phil Chesters is providing fans with an exclusive behind the scenes look at the build-up to the coming season; this week the man who ran in 13 tries last season talks holidays, weddings and pre-season friendlies.

Feeling refreshed and revitalised from our week off I thought I would update everyone on what has been happening and what is coming up in the next couple of weeks.

Over the past seven weeks I have tried to give you more of an insight into what the squad gets up to on a weekly basis. We have integrated very well as a unit and this is really helping push up the quality of our training sessions. It is starting to show on the field with everyone understanding their roles and what is required of them both individually and collectively.

Confidence is building with every training session and this improves communication, something that will be crucial to us being successful this year.

Returning from the week off you can see some have enjoyed the break more than others – they are the tanned individuals stepping nervously onto the scales for weigh in. 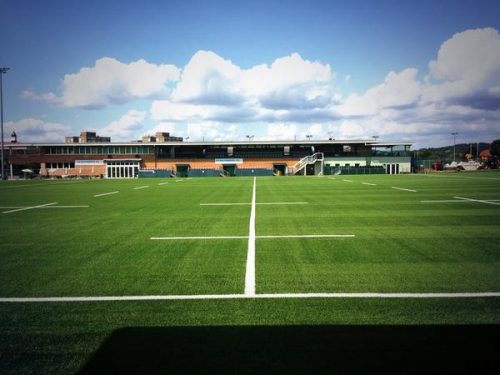 The next phase of pre-season now starts with the three warm up matches this month. We will be familiarising ourselves with the new 3G pitch (which the backs are more excited about than the forwards) and the coaches I’m sure will be looking for a step up in intensity during game week, making sure preparation is no different to that of a league match. I know everyone is looking forward to putting all the training and hard work into practice.

I have to quickly give a mention to a few of the boys who have got hitched this summer. Wardy (Ben Ward), Stevo (Steve Neville) and Papey (Steve Pape) all managed to tie the knot over the last month or so without any of the boys causing too much mischief. It has been a busy ‘wedding season’ for the Ealing Trailfinders boys past and present and I’m sure you will all join me in saying congratulations and wish them all the best for the future.

As one ‘season’ finishes another begins, and if you supporters are half as excited for September as we are down here at the Club then it is going to be a fantastic year. 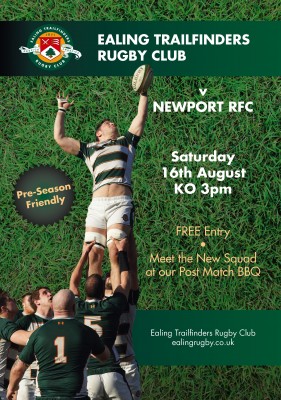 However if you can’t wait that long then get yourselves down to the club this Saturday for our opening pre season game versus Newport. There will be a BBQ and some good rugby on show, but it also gives us as a squad a great early opportunity to meet all of our loyal supporters.

The Jack Fishwick Sevens fundraising event was a roaring success and I know some of the boys and a few members of the green army were down showing their support. Jack had a fantastic day seeing everyone and cannot thank everyone enough for their continued generosity and support.

We as a squad have been working hard behind the scenes to show our support for Fish and the Jack Fishwick Discretionary Trust Fund. There will be something exciting revealed in the coming weeks – and I promise it won’t disappoint.

Hope to see many of you on Saturday.