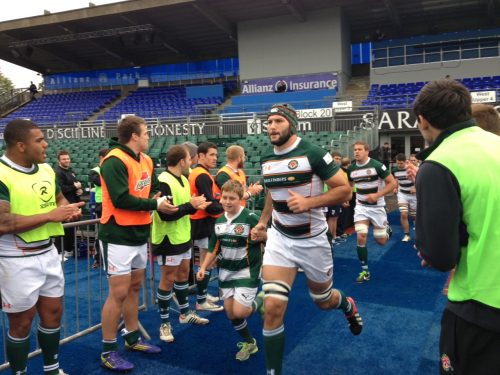 Ealing Trailfinders were unable to make a winning start to life in the Greene King IPA Championship when they went down 44-13 to London Scottish.

Andy Hall scored two penalties and a conversion, while Phil Chesters made history as the first Ealing player to score a try in the second tier, but it wasn’t enough against an Exiles side who used their experience to great effect at Allianz Park.

Barely a minute was on the clock when Ealing were given the chance to open the scoring when the Exiles were penalised early on. Fullback Hall duly obliged from the kicking tee to score Trailfinders’ first ever points in the Championship.

Scottish came back and while fly-half Dan Newton pulled his first penalty wide, his side were in the lead by the 10 minute mark. After a series of drives from the pack wing Miles Mantella cut an angle, took Newton’s inside pass and ran in the Exiles’ first points that Newton converted.

Hall’s second penalty brought Ealing back into touching distance and after a blustery opening period the match settled into a rhythm with both packs trying to assert themselves on the match and backs trying to find their way through dogged defence.

Newton stretched Scottish’s lead with a penalty right in front of the posts and they extended it further still 10 minutes from the half when their captain Mark Bright powered down the right wing and popped the ball inside to right-wing Mike Doneghan who ran into the corner.

Ealing came close to closing the deficit early in the second half when Hall went for the posts from well inside his own half; while he had the distance – well over half the pitch – the ball drifted just wide.

Soon after though the men in green made a breakthrough when Chesters capitalised on good work from at a scrum to race away down the left to score, with Hall adding the conversion from out wide.

Newton extended Scottish’s lead though with another penalty before replacement scrumhalf Jordi Pasqualin broke from the back of a scrum to score. His fellow substitute Joe Trayfoot then went over for two late scores to add gloss to the Exiles’ victory. 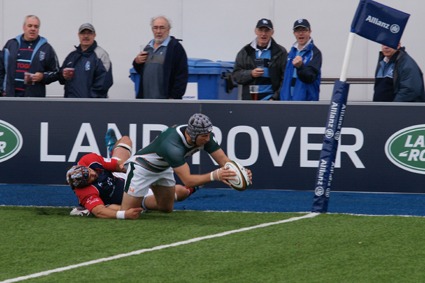