Ealing Trailfinders, their players, staff and supporters will be able raise money to help a Club stalwart when Cinderford visit Vallis Way on 4 October.

Jack Fishwick played for Ealing Trailfinders from 2010 until 2013 and during that time he featured 28 times for the first XV and was also captain of the second XV, but in March the second row suffered a life changing rugby injury which has left him quadriplegic. 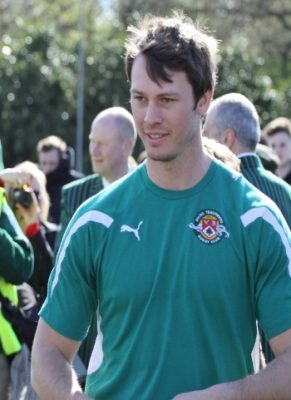 As such the club will dedicate the home match against Cinderford to raising money for his fund – the Jack Fishwick discretionary fund. Tickets will be sold for a three-course meal, there will be a raffle and a wide variety of rugby memorabilia will be put up for auction.

Jack was a popular figure among the players, coaches and supporters, who will recall his time at the club fondly, so we call on them all to show their support for Jack when the team takes on Cinderford.

The match will be the first of a number of events that will be run over the coming season to raise money for the Jack Fishwick Discretionary Fund.

Ticket news for the event will be announced shortly. For further information or to donate prizes for the auction and raffle, please contact the Club’s sponsorship and hospitality manager Sue Chandler on sue.chandler@etprm.com.