Ealing Trailfinders director of rugby Mike Cudmore has handed a first Greene King IPA Championship start to England U20 captain Jack Clifford for the trip away to Rotherham Titans on Saturday.

The 20-year-old who led England to the U20 world title this year is currently on loan from Harlequins and played 32 minutes in the second half of the opening match of the season against London Scottish at Allianz Park.

The Brisbane-born player will start at Number 8, with Thomas ‘TJ’ Anderson moving to blindside. Alex Bradley meanwhile begins on the openside.

In total there are four changes to the team that lost their opener 44-13 to the Exiles. As well as Clifford and Bradley, Steve Pape joins team captain Adam Preocanin in the second row and Billy Robinson starts on the left-wing.

“We know that the trip up to Rotherham Titans will be a tough one and we have made some changes to the squad which we feel are important for us to challenge them. Also the players that missed out last week are very hungry and looking forward to showing all what they have to offer,” Cudmore said.

“It is going to be a long season ahead, so it makes sense to ensure that we utilise the squad to the full.” 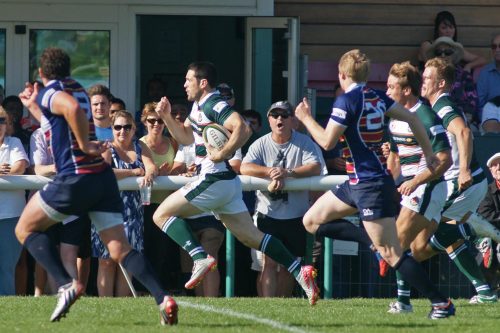