On behalf of the whole club it is my pleasure to invite you to this season’s annual Club Dinner which will be held at Vallis Way on Friday 8th May.

This event is for all senior players from the Ealing Trailfinders First Team, the Men’s Section and the Senior Academy, plus their managers, coaches, physios, support staff volunteer helpers and supporters. 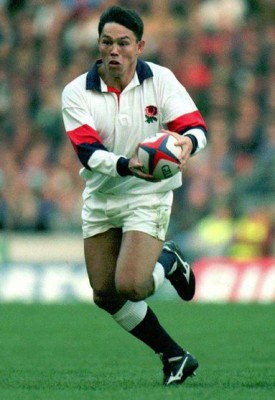 This year the guest speaker is Rory Underwood. Some of the younger players may be unaware that Rory is a legendary ex-England and British and Irish Lions player, being the leading try scorer for England in international matches with 49 tries, plus 85 England caps and six Lions Caps, and he played in the Rugby World Cups during 1987, 1991 and 1995. Men’s Section Manager Ricky Spadavecchia, as a 19 year old, also played against 19 year old Rory, in an Italy A v England U23 fixture in 1982.

Under the professional direction from our twin compères Jeremy Inson and Adrian Hobbs the Club Dinner gives us all a chance to look back and celebrate the successes, and setbacks, of the season, and to give club caps and other awards to the outstanding performers and contributors over the season. It’s also a cracking good night out.

Places will be limited and allocated on a first-come-first-served basis so book yours now. Tickets cost £40 and this includes a fabulous dinner, copious amounts of fluids, awards, speeches, jokes, video highlights of the season, competitions and more.

To book your place make a payment direct into the Club’s bank account (see details below) and send a confirmation email to accounts@ealingrugby.co.uk Don’t forget to add the REFERENCE.

I look forward to seeing many of you on the night.