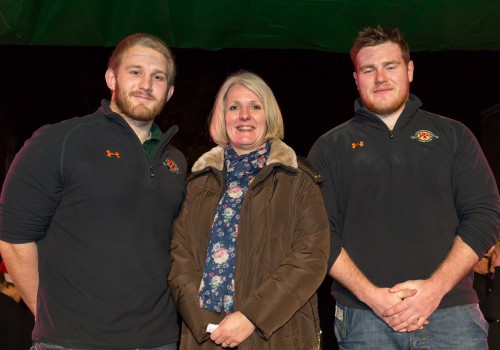 The pair were on hand at the event, a long drop kick from Vallis Way, to draw the raffle, with one of the prizes a signed playing shirt kindly donated from kit suppliers Under Armour.

Richard and Conor chatted to the compère about the season so far and received a rousing cheer from the merry throng when they told of the previous day’s win over Jersey.

“It was good to see the boys there and the club involved and nice to hear first-hand about the famous victory against Jersey the day before,” Pitshanger Community Association chairman Karen Jacks said. 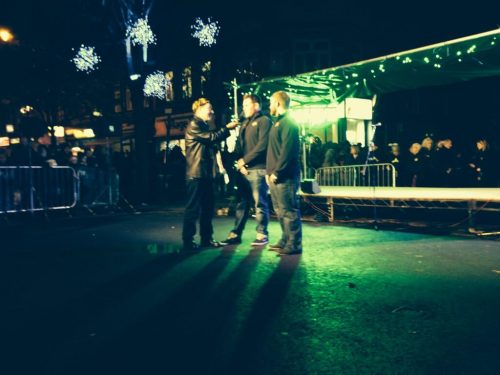