After a well-respected one minute silence to remember the fallen; both in the armed forces and the police (our opponents) we kicked off another of our popular Friday “under the lights” fixtures. Early Ealing pressure, including a strong shove in a scrum in the opponent’s 22, led only to an opposition score as their no. 8 picked up from the base and ran the length of the pitch, having avoided several weak attempts to tackle him. However, after about 15 minutes a superb Rowlands defensive tackle allowed recent Singaporean Cricket Club import Oli Hall to pick up and run the advantage ball with Rutherford, Jordache and Sam Smith combining well to allow the latter to sprint home to score an unconverted try.

Soon after we lost Jacko to a nasty looking ear injury, leaving us using a rookie winger-centre at fullback for the rest of the game. Nevertheless, several debutantes acquitted themselves well in this game, with later MoM John Fenlon adding a nice offload to Paulo, to add to his earlier massive “welcome to Ealing” defensive hit on the try line, for our second score. Our better organisation and more great line running from Oli Hall afforded us a deserved 19-7 halftime lead.

Early in the second half clean ball from the lineout allowed quick wide ball to be spun out to Paulo, with Jordache using his speed and side step to finish in the left corner. However, the Vandals are known for their marauding, and frankly unwelcome, invasions into other folk’s territory (Eddie please see this link for more details: https://en.wikipedia.org/wiki/Vandals) and so was it on Friday night. Two quick, well executed tries with some sensational conversion kicking allowed the opposition to move within a score at 24-19. Despite hatrick-avoidance-Hall touching down for his second try to the right of the posts, a further converted try meant we were leading 29-26 with barely five minutes to go and their tails were up ready for further sacking and looting. However, the walls were not to be breached as an Ealing catch and awesome drive, with all but three players involved, pumping their legs forward to allow Cotts to touch down and seal the match. Unfortunately Cotts’s early indiscretion with the boot (“Some players should never kick”) still earned him DotD.

Great to get the season back on the front foot with a tight win against a strong side. Have a longish, not too mince pie filled, break and get those new Christmas boots ready for our next league game on Friday January 19th against Wasps. 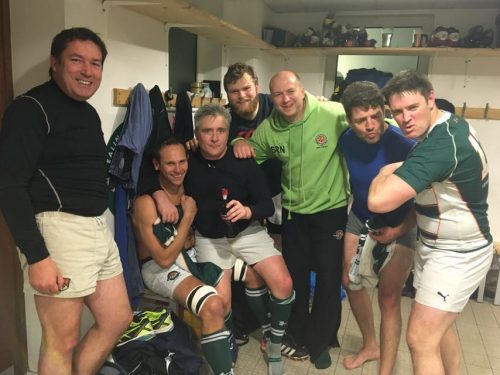 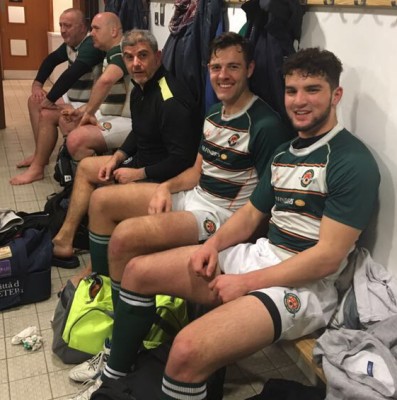