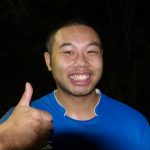 Men’s Section player Bayu Satria has just returned from Vientiane in Laos after representing Indonesia in the Asian 5 Nations tournament.

The  Indonesian rugby team, known as The Rhinos, competes in the third division of this international tournament.  The Rhinos team is made up of a combination of native Indonesians, expats living all over Asia, and some expats like Bayu who live in Europe. The Rhinos are mostly amateur players although some semi-pros who compete in the South East Asian International Club Tournament.

The Rhinos first game was against China which fields an essentially professional side as the back division are taken from the Chines Sevens professional squad, and the forwards are all full time military personnel. Despite this The Rhinos enjoyed 80% possession and dominated territory and should have turned this advantage into a victory. Unfortunately the Chinese side won 10-6 to as they were able to find gaps in The Rhinos backline early on and defended strongly after this.

In the second game The Rhinos were much more disciplined against Laos. This was always going to be a tricky game as Laos were the host nation, and the game was broadcast live on national TV. The Rhinos were able to scrape a win with a try in the final 10 mins to win 10-11.

Bayu said “For me it was an awesome experience. The team really bonded well. The only disappointment was that I didn’t get any more game time. But I’ve been given notes and recommendations for things to work on for next year.”

Bayu joins Mike Whitney and Mitch van Deursen as the other international players currently playing in the Men’s Section teams at The Club.