The Men’s 1sts ran in ten tries against Herts Middlesex 2 side Saracens Amateurs in their second and final pre-league friendly, having overcome UCS Old Boys of London 3 North-West 17-12 the previous week.

After a somewhat error-strewn opening five minutes, Ealing started to look more coherent, with debutant wings Joe Dunne and Sean Kerr showing early promise. With 11 minutes on the clock full back Steve Verma came into the line from an attacking scrum and was held up close to the close. Flanker Stuart Miller picked up, side-stepped a would-be tackler and powered over for a try converted by Verma. Seven minutes later Verma, on impressive early-season form, came into the line again to create an overlap and beat the Saracens defence to the line, converting his own try with a well-struck kick.

As the end of the first quarter approached Dunne came close to opening his account for the club with a strong run down the right-hand touch line but was stopped by a fine tackle. Soon afterwards Ollie Miller, playing at 10, spotted a gap out wide and switched play from left to right. Slick passing along the line eventually led to a try by No 8 and captain Adam Hulmston, up in support. Another excellent kick by Verma pushed the lead to 21-0. A little cohesion was lost for a while after changes were enforced by a hamstring injury to Ollie Miller, and Saracens cut the gap to 21-5. Shortly before the half-time whistle sounded good interplay among the forwards and backs led to a try by Victor Zelaya, playing out of position on the wing, after Verma had created an overlap. Verma converted once again.

Expert substitute management by coach David Southwood meant that rhythm was maintained against a young and enthusiastic but overpowered Saracens side. The next score came from a trademark catch and drive from a lineout taken by Sean Kennett. The forwards trundled 10 metres to the line and it was Liam McDonagh who touched down, with Verma once again adding the two points. Within a few minutes the lead was extended to 40-5 as a result of strong running among the forwards, notably Bayou Satria and Stuart Miller, and slick passing along the back line in an impressive move finished off by Dunne for his first Ealing try. A period of loose play in defence gifted Saracens a second try, which was converted. Sean Kerr then capped an impressive debut by touching down after the ball had been swung left from a clean line-out catch, and further tries in the last ten minutes of the game by Stuart Miller, Zelaya and hooker Chris Joyce sealed an emphatic win. 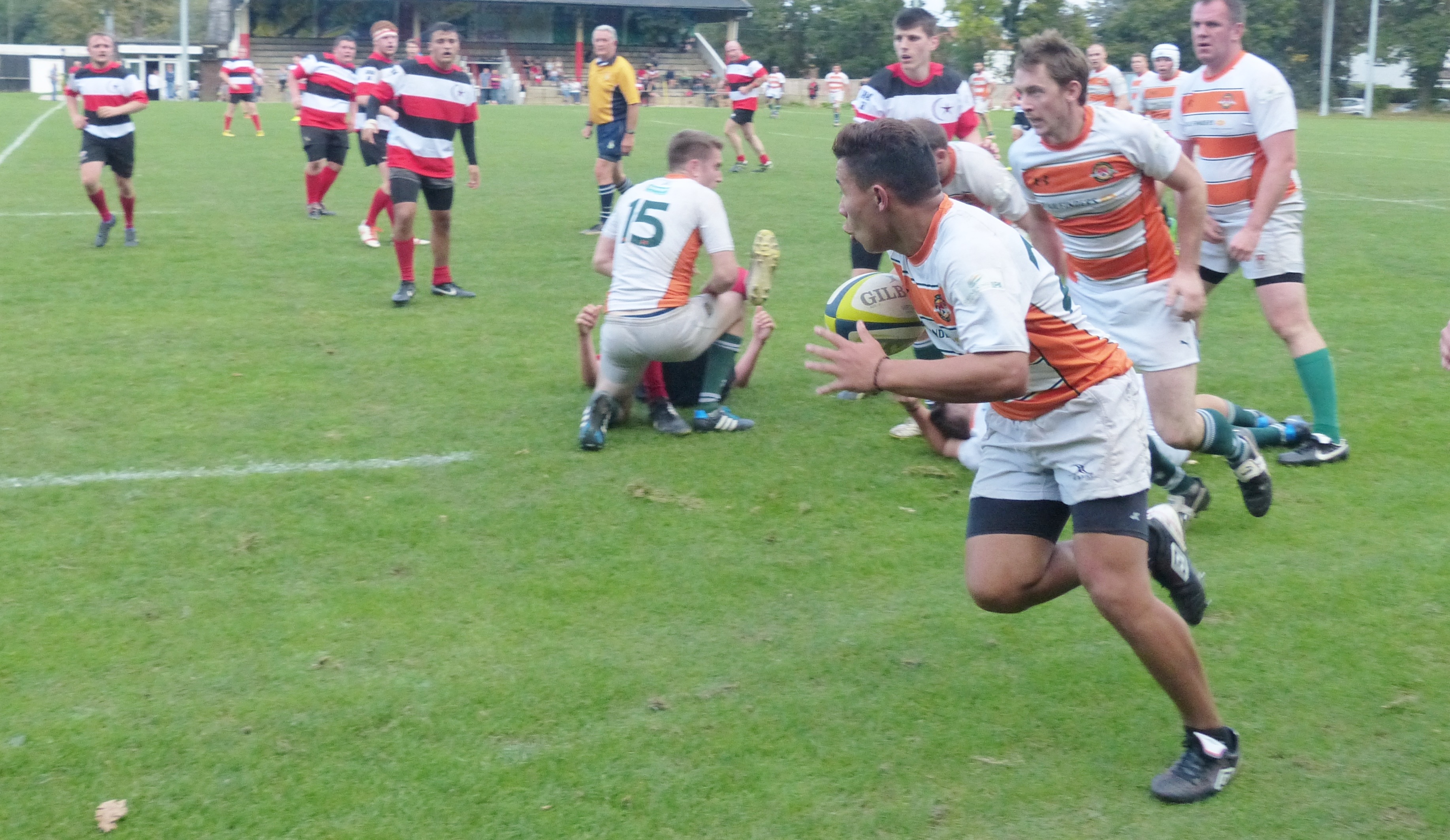 A sterner test awaits in the first game in the restructured Zoo Shield Division 3 away to Esher on Saturday 20 September, but Ealing will go into the game full of confidence.