A typically high-scoring match on the Stadium Pitch saw a Men’s 1sts, depleted by the unavailability of most Academy players due to their game against the Army the following day, lose out by 4 unconverted tries to 8 converted and 2 unconverted tries. Such was the breakneck speed of the first period of the game that there was a prolonged pause in play for the referee to recover from cramp.

Following a regular pattern in recent games, Ealing made a slow start, and they nearly conceded within two minutes, just preventing Canterbury from scoring from a chip behind the defence. From the ensuing scrum the Canterbury moved the ball left and exploited a gap to score. With just seven minutes gone, the visitors doubled their lead through the outside centre, with aggressive, direct running. Undeterred by these early setbacks, Ealing dominated the set pieces, winning a scrum against the head, and reduced the gap when prop Peter Njonge was held up just short of the line and flanker Steve John, whose tackle count and line-out catches were a notable feature of the game, was driven over.

Despite a noticeable improvement it was Canterbury who scored next, a long loop pass putting the left wing into space. With half an hour gone the visitors secured their try bonus, the outside centre benefiting from missed tackles. His opposite number Chris Rose then scored an outstanding try, running onto the ball at pace and outpacing the defence from 25 metres, but unfortunately sustaining injury in the act of scoring, so that he was unable to play any further part in the game. 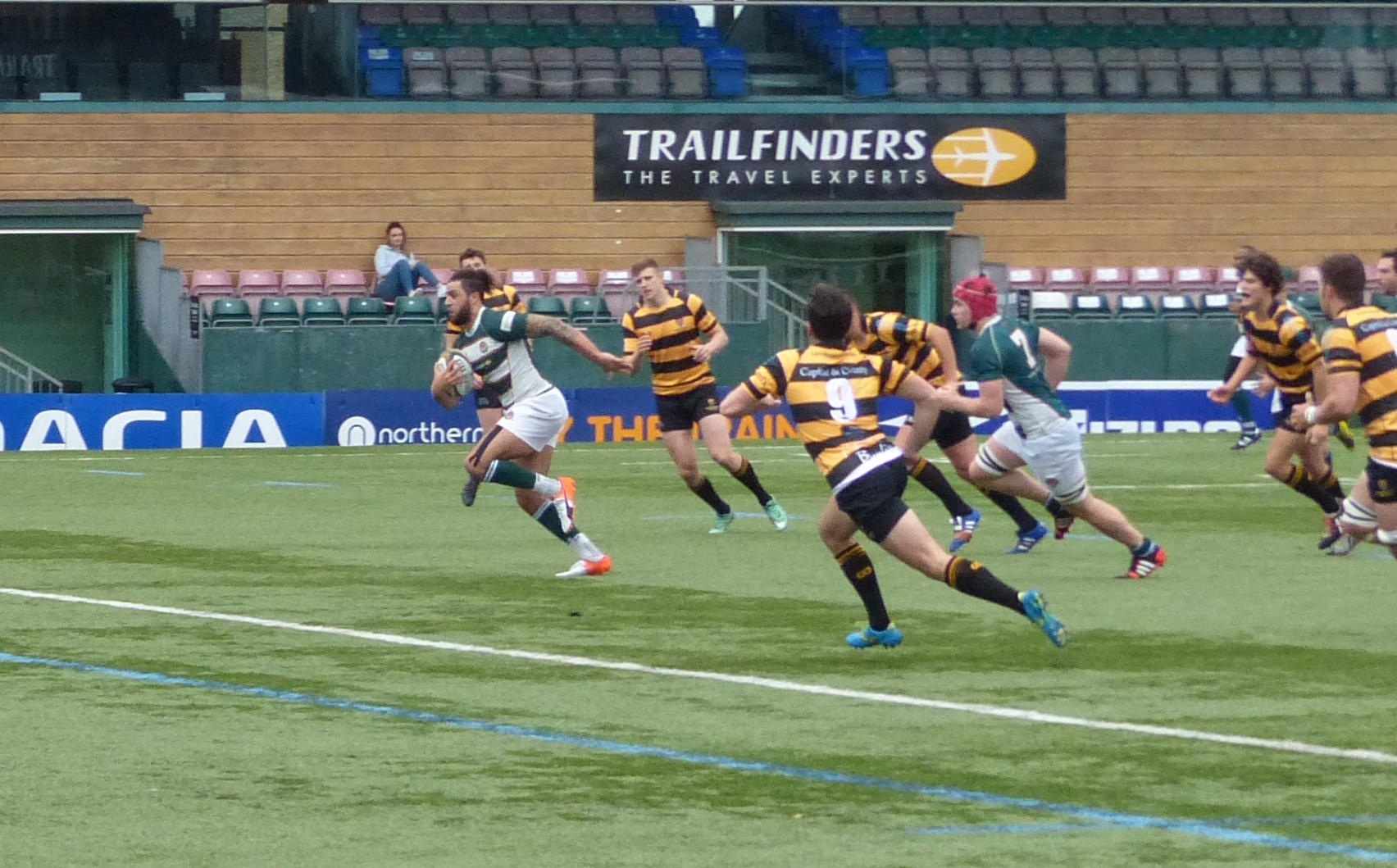 Chris Rose breaks through to score

With half-time approaching, Ealing blind-side flanker Devon Smith put the scrum-half under pressure from a Canterbury scrum to win a penalty. Clean possession from the resultant line-out and a powerful drive to the line enabled scrum-half Victor Zelaya to dive over. However, hopes of a come-back were effectively ended by a sixth Canterbury try to end the half.

Facing a 25 point deficit, Ealing’s priority for the second half was to gain a bonus point by scoring a fourth try, but the visitors moved further ahead with two further scores in the early part of the second period. Finally, with the opposition out of sight at 66-15 and the final whistle imminent, Smith powered over the line to secure the extra league point.

This Saturday the Men’s 1sts are away at league newcomers Tring.

[Not a valid template]