The Men’s 1sts put in a spirited display against a team challenging for the league title who have lost only twice all season and had inflicted a 64-0 defeat in the away fixture in Berkshire in the autumn. While they finished one try short of what would have been a deserved bonus point, Ealing showed further evidence of a clear upturn in form since the turn of the year, and were it not for a few missed tackles in the middle of the park at key moments that led to tries would surely have been in contention as the clock ticked down. 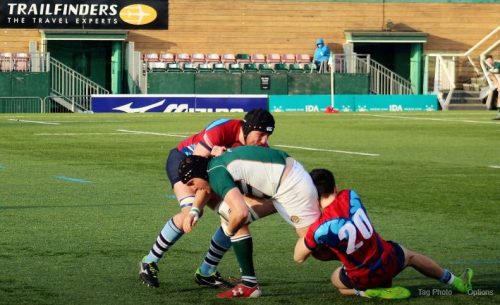 In pleasant sunny conditions, in marked contrast to previous games, the home side started brightly and perhaps should have emerged with more than three points from a penalty by fly-half Callum Nolan-Hutchinson, awarded following ill-advised comments to the referee after Redingensians had initially been given a scrum put-in. Ealing paid for not securing more points when a long kick out of defence was run back at pace by the visitors, leading to a try scored out on the right wing after 15 minutes of play. Three further tries followed before the game was barely half an hour as Redingensians showed why they are riding high in the league, but with none of the four tries converted Ealing were still very much in contention, all the more so when they finished the half with a fine try by Ollie Morris following a break by his centre partner Michael Rugeley.

An intense start to the second half was crucial if Ealing were to be in with a chance of pulling off an unexpected victory, but a lack of concentration from the kick-off combined with a clever offload to the Redingensians hooker led to a try under the sticks, the only one of the eight the visitors eventually scored to be converted. Undaunted by this setback, Ealing went back into the attack and came to within nine points of their opponents with a well-struck penalty and a second try by Morris, accelerating past the visiting defence. Once again Redingensians turned pressure into points, with two tries around the three-quarter mark, and moved into an unassailable 42-18 lead with a try by the right wing with 10 minutes remaining. It was, however, Ealing who finished the stronger and scored their third and the game’s eleventh try, Morris notching his hat-trick following a break by Kadeem Collins. 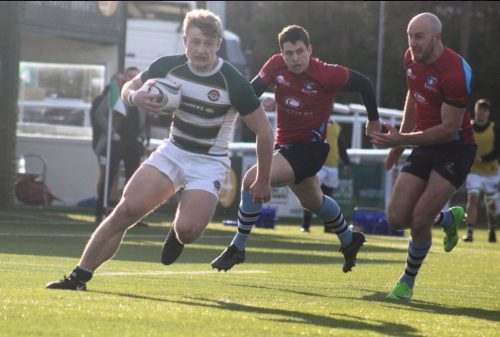