The Men’s 1st XV scored 12 tries against a Westcliff side who never gave up but struggled against their younger and fitter opponents on the fast 3G pitch. A fourth victory of the Zoo Shield League 2 season and a third consecutive bonus-point win leaves Ealing in the top half of the table, a marked improvement on the last campaign.

Although Ealing had warmed up well for the game and Westcliff had had only a few minutes to prepare ahead of the delayed kick-off due to traffic problems on the long journey from the Essex coast, it was Westcliff who went on the attack from the start. Ealing absorbed the pressure, eventually won a turnover and it was they who opened the scoring two minutes into the game with a try wide out on the right by outside centre Chris Hitchcock, well converted by outside half Callum Nolan-Hutchinson, who went on to miss only two of his 12 conversion attempts. Australian wing Brenton Gibson then scored in similar fashion just six minutes into his return to the club. Westcliff showed plenty of spirit despite the two early tries, and were next to score themselves with a strong run to the posts by their inside centre. Around the quarter mark the home team then stretched their lead following a powerful run by flanker Ed Shryane, who nearly broke through to the line, was half-tackled, probed again and offloaded to scrum half Andrew Nurse to finish in the corner. 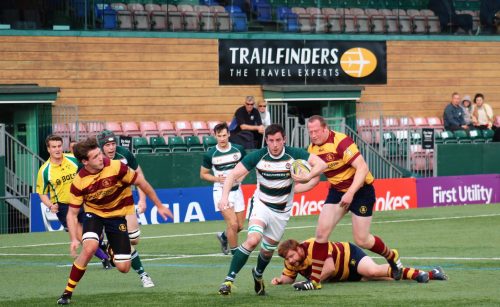 The four-try bonus point was secured shortly afterwards when full back Alasdair Stevens sped away from the half-way line, bounced off a couple of attempted tackles and fed wing Domenico Bongani who burst through the remaining defence. Nurse added his second at the back of a dominant set scrum, before Westcliff finished the half with their second try through their No 8 from a 5-metre scrum. 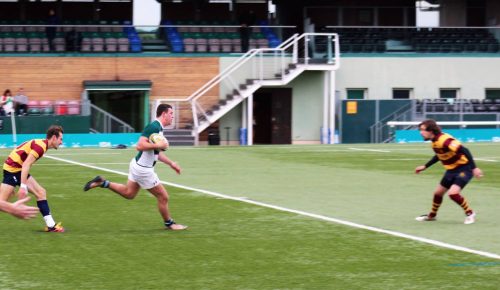 With the benefit of the breeze, the visitors began the second period in the ascendant but were kept at bay by determined tackling. It was somewhat against the run of play that Ealing scored on 50 minutes through prolific No 8 Alfie Hill, receiving an offload from flanker Will Day. Two minutes later Brenton Gibson broke through the Westcliff defence and threw out a looped pass to Hitchcock for his third try in the last two games. With the visitors visibly tiring, Bongani notched his second try of the afternoon, followed by perhaps the best try of the afternoon when Hill put through a clever grubber kick, re-gathered and offloaded to Stevens. 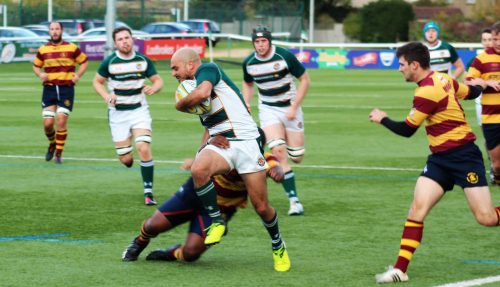 Hill was on the score sheet himself again after 70 and 75 minutes, the second after good work by veteran flanker Mike Whitney, before lock Travis Gibson, brother of Brenton and making his club debut, galloped clear and linked with the backs to give inside centre Luca Townshend an easy run-in.

Next Saturday (29 October) the Men’s 1sts are away to London Irish Amateur Wanderers.