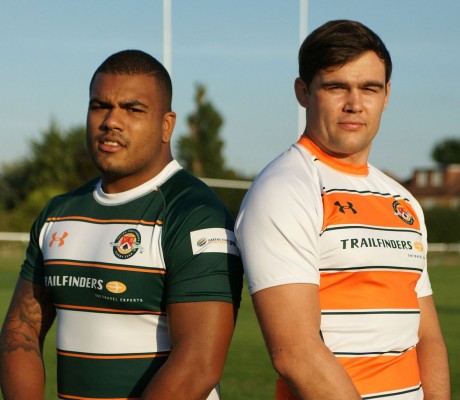 Ealing Trailfinders are delighted to announce that they will have a new kit supplier for their historic debut season in the Greene King IPA Championship having signed a two-year agreement with Under Armour.

Under Armour are originally from the USA with their headquarters based in Baltimore, Maryland and Ealing have been selected as the first English rugby team to wear their apparel.

Director of rugby Mike Cudmore said “We are excited about the two-year deal we have signed with Under Armour. It is a well respected company and we will be the highest ranked club in England to wear the popular brand. We are looking forward to launching our new home and away strip and also the leisure range in our shop.”

The team have already worn the traditional green and white hooped home shirt and the change orange and white hooped jerseys in their pre-season fixtures and they will soon be on sale to fans in the club shop.

Under Armour representative Scott Sneddon said; “We believe the success that the whole club has achieved in the previous years will only continue with the great organisation and effort from all at the club. Under Armour Teamsports hope to build on this success by providing Ealing Trailfinders with the most innovative ‘head to toe’ performance products on the market.

“We are delighted to be a part of this journey and hopefully share the success that Ealing Trailfinders deserve in the new Green King IPA Championship season.”