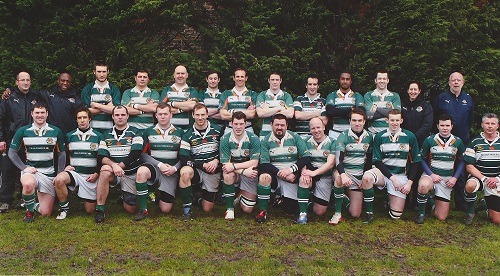 It’s all change for the Ealing Trailfinders Rugby Club Amateur section this season with the first XV set to compete in The Shield where they once again take on old rivals in the form of Richmond, Rosslyn Park, Esher and Sutton & Epsom.

Having won the Middlesex Merit Table first division in May, the squad has been training hard since the start of July under the expert eye of a new coach Nick Lambert ahead of their opening fixture; a double-header friendly against Old Merchant Taylors first and second XVs on 7 September. It is their final preparation for the first league game against Cobham a week later.

New Head Coach Nick Lambert said “I’ve been pleased with the skills levels of the Ealing players but even more delighted with the work ethic that the squad exudes. We approach the season in great shape and the challenge of ‘The Shield’ can’t come quickly enough for players and coaching team alike.”

In total the Ealing Amateur section runs four teams; along with the first XV, the second XV and Exiles teams compete in the Middlesex Merit Table leagues, while the Evergreens over 35s team enjoy friendly fixtures across West London.

If you’d like to join and play for any of the Ealing Amateur teams call Ricky Spadavecchia on 07956 442502 or join us at training on Tuesdays and Thursdays at 19:30 at Vallis Way.