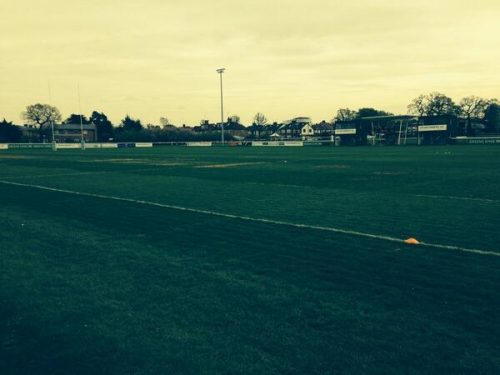 Ealing Trailfinders fans will notice a major difference at the Club’s Vallis Way home next season after the decision to install a 3G synthetic surface on the 1st XV pitch.

The work will begin in mid-June and be ready for the start of the pre-season friendly matches. By installing the pitch the Club will follow in the lead of Saracens and Cardiff Blues, who both play on 3G synthetic pitches in the Aviva Premiership and RaboDirect Pro12.

The 3G pitch will have benefits for both the 1st XV and the wider club as teams will be able to use it all year round without the fear of ruining its condition, as was the case earlier in the year when there were unprecedented levels of rain.

It will also mean that matches will be able to take place in all but the most extreme of weather conditions.

“This is huge news for the club,” Director of Coaching Ben Ward said. “Essentially it means we will have unlimited use of the 1st XV pitch throughout the season. It will also mean the supporters will get to watch fast paced running rugby week in week out with the weather having little impact. Thanks must go to the Mike Gooley Trailfinders Charity for making this happen.”

Ealing Trailfinders’ players have already experience of a 3G pitch. They started the 2013-14 season at Saracens Allianz Park in Barnet against London Scottish, with everyone involved enjoying the experience provided.

The initial cost is extremely high, but the Club will save money in the future as it will be far cheaper to maintain than a traditional grass one.