Ealing Trailfinders are delighted to announce that they have signed a sponsorship deal with the nearby University of West London. 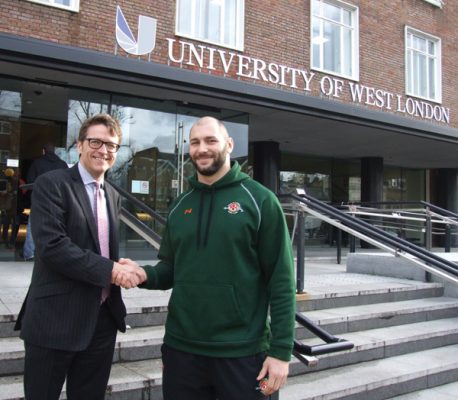 As part of the agreement Ealing Trailfinders players will help coach the UWL rugby team and provide ticket deals for students at the University to come and watch Ealing in action in the Greene King IPA Championship and the British and Irish Cup.

Professor Peter John, Vice-Chancellor of the University of West London said; “We are delighted to support Ealing Trailfinders as they compete in the Greene King IPA Championship.

“This partnership provides students with a unique opportunity to not only support our local rugby team, but also the wider community in Ealing and I am sure the UWL rugby team will benefit hugely from their expertise.”

Ealing Trailfinders’ next home match is against British and Irish Cup holders Leinster A on Friday, 17 January.

“It’s great to hear that UWL and Ealing Trailfinders have made this connection; for Ealing to stretch out and further their coaching ties and for UWL to continue their hard work supporting local sporting teams,” Ealing Trailfinders captain Adam Preocanin said.

“Hopefully both will achieve their goals and continue to strengthen their relationship further over the years.” 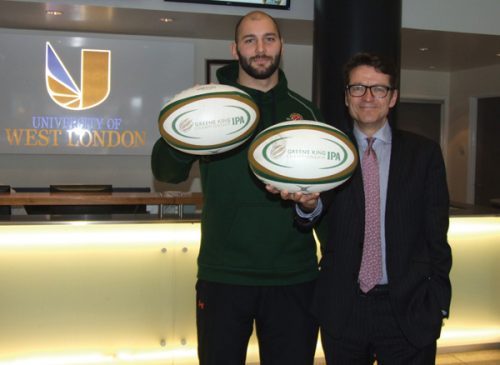 The University will receive match-day sponsorship on pitch-side boards and in the match-day programme, while there will be further joint activities between Ealing Trailfinders and UWL over the remainder of the season.

The University of West London was voted Best Modern University in London by The Guardian in 2013 and is situated on St Mary’s Road in South Ealing, two miles from Ealing Trailfinders’ home at Vallis Way.

* These are the latest figures according to Employment Performance Indicators (EPI) released by the Higher Education Statistics Agency HESA in 2013.