Reports from our foreign correspondent in the front and sometimes second row….

The forward game has always been a forte of the Ealing most serious/ Guinness-enhanced-bellies  social team, but this year it has been even embellished with the support of a new first/second/third row (Joe), the brilliant shape someone else started the season with (Sunny, Ash, Sam S.) and the maturity of some old fella in leading the pack (Fabio and Andy skippers for one day).

What went beyond any expectation is the quality game offered by Exiles’ backs in the first three appearances. With the special guest Viktor dictating the rhythm, runs from Eoghan, Conor, Richard, Alex, Sam B. and overruns from Johnson, opened oppo’s defences as a knife in the butter with Danny’s motivational speeches doing the rest.

But the icing on the cake has probably been the dedication of what it has been the Exiles backbone for years, despite threat of retirement, broken ankle, work and family commitments.

The seasonal debut saw Exiles giving a warm welcome on MMT 5 to the newly-promoted guys from Whitton. The guys in green inaugurated the new 3G pitch at Vallis Way with  a coral classy game. After twenty minutes where Exiles camped in the oppo 22 bouncing on a brave defence, tries eventually started to flow and after the first half the score was 25-0 (no conversion scored, something that needs to be worked out….the Italian prop is ready in need), solid set pieces and attentive defence being the keys of Exiles’ supremacy. In the second half Whitton Lions tried to put some doubts on Exiles mind, scoring themselves three tries but the inertia of the match never changed and the first win was secured after some great breaks from our centers. 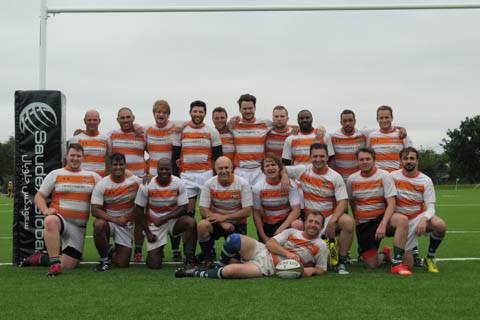 Some sweet comeback for the trip to N22 as Exiles faced Haringey. Nick, Steve and Barry showed up with their rugby kits and brought some class to Exiles game. Well, Barry’s good intentions have been frustrated by Giulio’s shoulder needs so only pre-match and no post-match Guinness for him (but I know he got even during the week). The Exiles took an early lead thanks to some forwards powerful carries and managed to control once again the oppo revival in the second half through some backs long run. To be mentioned the great footwork of Johnson in the try area to dodge a couple of tackles (as the Matrix hero with bullets) to eventually finish over the deadball line. 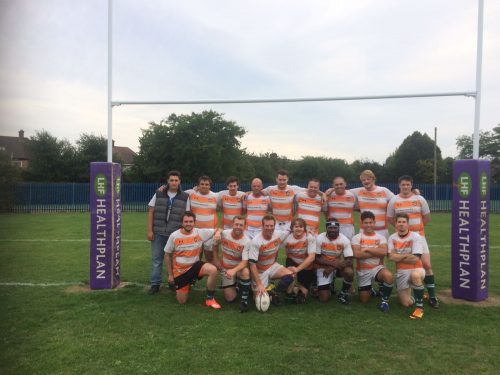 For the third match of the season was time for Eff to appear in all his beauty and a surprisingly slim figure (nonetheless he was able to smash a couple of oppos to take his first try of the season). Quintin came at Vallis Way short in number so we gave them some players and for the second half, with an excess of generosity (someone should be exempted from the pint prior the match), our only hooker and thrower (and moved the only jumper in the backs), giving up every single line-out (but the tap and go choice showed to be remunerative). Quintin gave us a tough match nonetheless and the guys had to be focused thorough the entire match to get yet another victory. To be mentioned: Barry almost-80-minutes performance 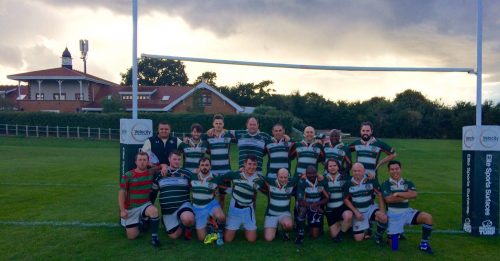 Walk over win, sadly OIs couldn’t muster a team for this game, hope they can later in the season.