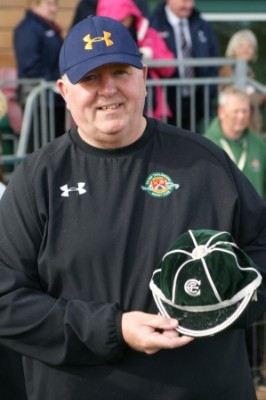 While it goes without saying that Director of Rugby Mike Cudmore didn’t sign off after 12 years at the club in the manner in which he would have liked, he couldn’t have been prouder with the spirit that the team showed as they fought back against Rotherham Titans.

While the team eventually finished with a double bonus point from a 36-29 defeat having trailed against 29-3 at one stage, Jersey’s win over Bedford Blues meant that Ealing Trailfinders were relegated from the Greene King IPA Championship after only one season.

At one point during the season it appeared that relegation was inevitable, but with great determination and a record of three wins from their four penultimate matches it meant the team went into their final match off the bottom of the table for the first time in the season and still dreaming of survival.

The team also stayed true to the principles that Mike has instilled throughout his time; keeping the ball in hand and backing their principles to scores tries through Ed Siggery, Ronnie McLean (pictured), Andrew Henderson and Billy Robinson.

“It was a reflection of what I have witnessed all season from the team and management,” he said. “At the start of the season we were on the end of some large losses but all kept believing that not only that we would improve but that we could compete in the league.

“The spirit and desire were always there, we just left ourselves too much to do, but nearly made it.”

The match was an emotional one with Mike ending 12 years at Vallis Way and the crowd remained to salute a man who has led the club to five promotions.

At the final whistle and with their children Louise, Craig and Tom in attendance, Mike and his wife Stephanie were honoured by the club on the pitch and received a rousing round of applause from fans, players and staff. 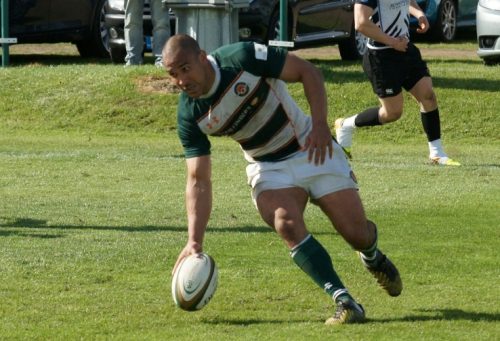 “It was a great send off and to be given the honour of being made a vice president, receiving a club cap and having a trophy named after me for future best practice in coaching was very touching and much appreciated,” Mike said.

“We have progressed from level seven both on and off the pitch and in doing so achieved some records along the way and managed to retain a club ethos at the same time.

“I have worked with some great players at all levels, quality coaches and fantastic management and staff who have all been part of the journey. The club’s committee and sponsors vision were also a key in the journey as well.”

With Mike stepping down he feels he can look back over his time at the club with great pride.

When he walked through the gates for the first time in 2002 the team were playing in London Division Three North West and off the pitch things were vastly different from the first-rate facilities that everyone is used to now.

During his time at the club Mike ensured that Ealing not only won, but won with panache, while off the pitch he and John Lacey were instrumental in setting up the academy structure to ensure a pathway for young players into the senior squad.

With Ben Ward taking over as director of rugby he feels the club is in safe hands to continue their progress on and off the field.

“I am very proud as I can look back and know I always gave my all and made a difference,” he said. “The club is in a good place and I have been able to bring ex-players through into the management team such as Ben Ward, Keiran Power and Justin Smith.

“We now also have an academy which will produce players at all levels throughout the club in time to come. Back in 2002-03 we won a play-off game against Saffron Walden which started the climb up the leagues and now in 2013-14 we’ve played in a live game on Sky Sports, so I’ve got to be happy with that.” 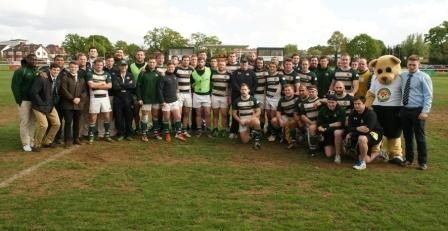