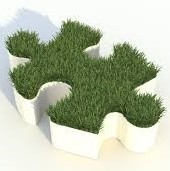 The following would surely be classified as just another urban-myth had it not been recounted by a Referee, (who we know to always be entirely honest, accurate and trustworthy…).