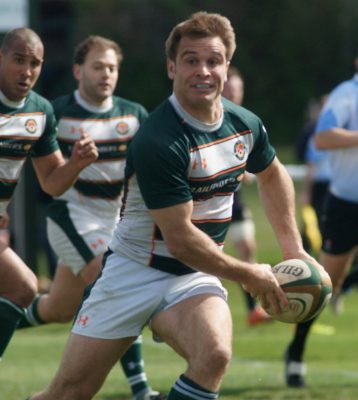 Ealing Trailfinders are saying a reluctant farewell and would like to wish Andrew Henderson good luck ahead of his move to take up a work opportunity in Hong Kong.

‘Hendo’ enjoyed a stellar year in the Greene King IPA Championship in 2013-14 during which time he established himself as first-choice fullback, scored 10 tries and won players’, coaches’ and supporters’ player of the years awards.

“I want to start by saying how sorry I am that I will not be a part of the boys success this season. My time at Ealing Trailfinders has been the most enjoyable in my career to date and that is mainly down to the players and fans alike,” he said.

“It is a special, special place where all are so close knit. I think this is personified by how many old boys come back to watch and have a beer with the current squad. I would like to thank Ben especially, not only for bringing me to the club, but helping me develop my game. The squad he has assembled for the coming season has so much fire power that as a fan I would expect great things.

“The decision I have made is without doubt the hardest one in my life and again this is because of how attached I’ve become to the club, but the opportunity that I’ve undertaken is one with great potential and with me not getting any younger it is time to put my career first. I hope you all can understand why I have made decision, but depending on how things develop I would love to put the green and white back on again one day.

“Finally I want to thank Mike, Fiona, Dick and the Green Army who have been great since I joined and been to the other ends of the earth and back to support the boys. I have thoroughly enjoyed getting to know you all.”

Henderson timed his arrival at Ealing Trailfinders to perfection, arriving at Vallis Way in 2012 and he quickly established himself in the team that won promotion from National 1.

In the Club’s debut season in the Championship, Henderson’s versatility meant he featured in the majority of the matches; first as wing, then in the centre and finally at fullback where his sureness under the high ball and swiftness of foot allowed him to develop as a counter-attacking threat. 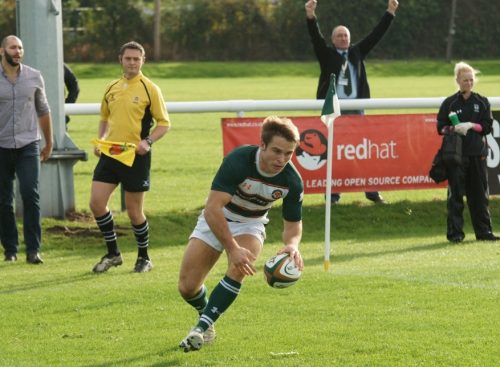 Prior to his arrival in W13 the Salisbury-born Henderson featured for Jersey and Barking and won England honours for the Students and Counties sides.

“I would like to thank Hendo for his time at Ealing Trailfinders. He has been offered a fantastic opportunity which was too good to turn down and I wish him well for his time in Hong Kong,” Director of Coaching Ben Ward said.

“He has been part of some great memories in an Ealing Trailfinders shirt on and off the field and will be missed during this coming season. I will be looking to bring in a replacement shortly to join our back line and thrive with our expansive style of play.”