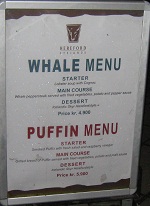 Stewart Laird’s trip to Iceland to help pay off that benighted country’s national debt by repaying ten shillings he had borrowed from a fellow student at Queen’s University, Belfast, who came from Iceland.

Stewart “Never repeat a song” Laird, a solid front row player, whose repertoire of songs traditional and filthy (rugby club for the use of) was almost limitless, remains one of the Club’s great characters, who is still to be seen at Vallis Way on his occasional forays from his native Northern Ireland, where he now lives in retirement. A first team regular in the Seventies he later played further down the club, and assisted with coaching the Colts, until an unhappy encounter with a breathalyser led him in those pre-computerised days to obtain an international driving licence from the RAC free from any endorsement, and a career driving a delivery van and refereeing rugby in Northern France. Although he became fluent in French the opportunities for misunderstanding on the pitch must have been awesome.

As he subsequently added Spanish to his knowledge of mathematics and engineering he shares probably only with Brian Moore the distinction of being a front row player who can do the Times crossword in record time every day.

His latest adventure was a trip to Iceland to help pay off that benighted country’s national debt by repaying ten shillings Stewart had borrowed from a fellow student at Queen’s University, Belfast, who came from Iceland. The Icelandic Broadcasting Company took up the story: 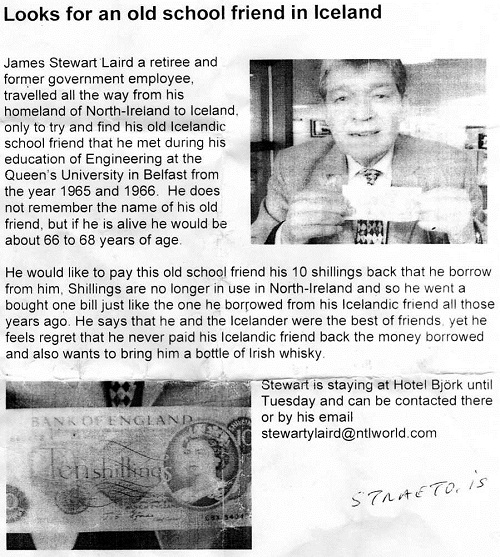 For those of you that prefer, here is the link to original article in Icelandic, which is not so very different from Swedish!