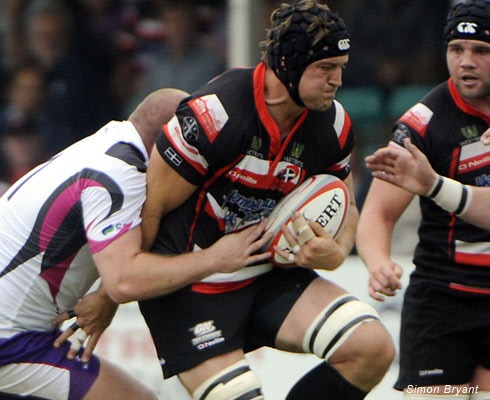 Gary Johnson is the latest player to sign for Ealing Trailfinders ahead of the 2014-15 season.

The 30-year-old second or back row joins from Cornish Pirates, where he had spent two years having previously played for London Irish and London Welsh, on loan. Last season he made 29 appearances for the side from the Duchy.

Prior to his spell in Cornwall Johnson rose through the ranks at London Irish; he made his debut for in an EDF Cup match against London Wasps in 2006 and subsequently racked up 55 appearances for the Exiles, including the 2009 Guinness Premiership final against Leicester Tigers.

Johnson, who was born in Farnborough, joined London Irish’s Academy in 2003 and in his first season he helped a side featuring future England internationals Delon Armitage and Nick Kennedy win the U19s National Cup. He has also appeared for England U18s Clubs, England Students and England Universities.

“Gary is a player who will bring a lot of experience to the club,” Director of Coaching Ben Ward said. “He is an abrasive and tough second row who will demand high standards from himself and the players around him. He is a good lineout operator and fits the bill of the type of player we are looking to recruit.”