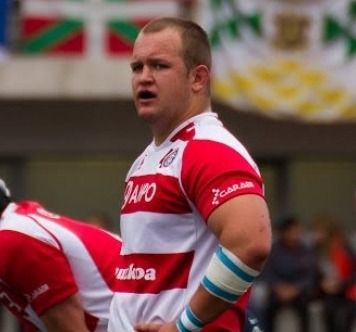 Ealing Trailfinders have strengthened their front-row options for the 2014-15 season further with the signing of Lithuanian international prop Ignas Darkintis as well as fellow front-row players Will Davis and Alun Walker.

Darkintis moves to Vallis Way from Coventry, for whom he made 21 appearances last season. The tight-head prop has won 16 caps for his homeland and previously played for Birmingham and Solihull and Spanish side AMPO Ordizia RE.

“Ignas is a tight-head prop who prides himself on his work at the set-piece,” Director of Coaching Ben Ward said. “He spent some time training at London Scottish earlier this season and James Buckland spoke very highly of him.”

Will Davis joins from Bristol Rugby. Last season he played 24 matches in total for both Bristol and on loan with Cinderford. He had previously come through the Bristol Academy having previously played for Worcester Warrior and Bath’s academies.

The 24-year-old has also represented England U18s, the South West and Gloucestershire.

“Will is someone who we looked at last year,” Ward said. “It did not quite work out, but I’m delighted to finally get him to come to Ealing Trailfinders for the coming season.

“He is predominantly a loose-head, but can play on the tight-head side and did so for Bristol in the British and Irish Cup. He will add more competition to the front row and help give us a solid platform up front. Around the park he is a very good ball carrier and extremely mobile for a prop.”

Scotland ‘A’ international Walker joins on a two-year contract from Edinburgh having spent last season on loan at Nottingham. During his time in the East Midlands he played in both matches against Ealing Trailfinders.

The 23-year-old has also represented Scotland at U18, U19 and U20 level and played for Melrose and Currie.

“Alun is a modern day hooker,” Ward said. “He is a big lad but has a very good running and handling game. I was very impressed with him when he played for Nottingham against us, when he made a number of carries.”