With Christmas over and the New Year on its way the Academy welcomed our near neighbours London Welsh Academy to Vallis way on Saturday. The game started with the visitors dominating possession and territory, They were also first on the scoreboard.

It took a while to shake out the cobwebs that had formed in the 9 weeks since our last game. The young Trailfinders certainly looked like a side that hadn’t played together for some time.

As the clock ticked on there were signs of what we can usually expect, with pace and width applied to play. Tries for brothers Lewis and Josh Steadman and one for centre Ollie Morris changed to look of the half.

The second half saw a flurry of tries. Strong running and quicker ball caused the Exiles defence problems. Michael Rugely (2) and Alfie Hill crossed for tries. 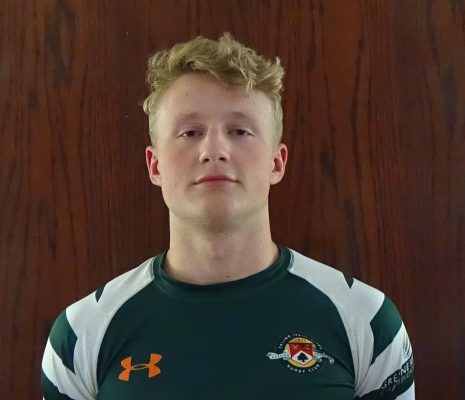 Impressive centre Morris scored a further 3 tries in what was voted a Man of the Match performance by the opposition. Fly half Harry Vidler added 6 conversions in an impressive kicking display.

Academy Director John Lacey said “The score line doesn’t do Welsh justice to be honest. They made life difficult for us for periods. They scored first, at the finish of the first half and the end of the game.

When we played with quick ball and moved the point of attack, we looked dangerous. It was concerning that we struggled early on to break the game up.

There were some good performances to raise a smile. Ollie Morris had easily his best game for the Academy so far. James Wilson backed up some good training performances to stand out in the forwards. U18 prop Harry Robbins also made his Senior Academy debut.

We look forward now to our next fixture against Moseley at Trailfinders Sports Ground on 27th January. We’ll get the chance to look at some of our U18 EPG players in that one which is exciting.”