Saturday 18th July marked a day for Ealing Trailfinders 1871 players to say thanks to the NHS for their continued support and work throughout these unprecedented times! The 1871 players came to the club (whilst socially distancing) with the aim of running 188km, which is equivalent to a lap around the M25, within 12 hours and setting a target of £5,000 in sponsorship. 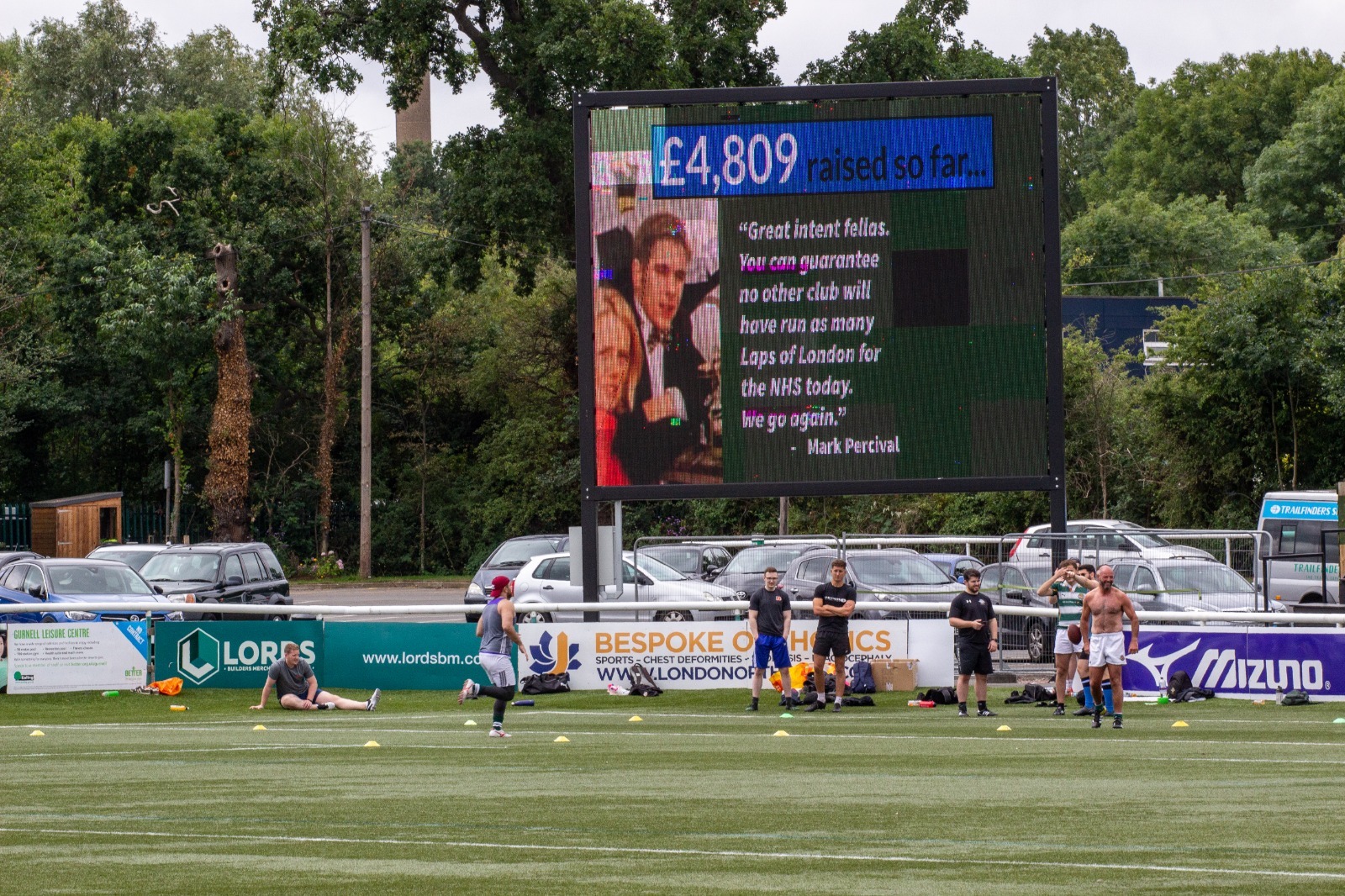 During the day 63 people joined to run the distance, aging from 16yrs to 60+ and they assisted in helping to exceed the 188km target by the early afternoon, but then continued with a new target of 250km. They managed to cover the whole distance in 10 hours, which is the equivalent of the distance between Trailfinders to Manchester, finally running 257km.