This photo of Willie was taken in The Kent. It was a meeting between Damian , Willie and me in 2004. It was for Fire and Flair. Note the date on his cap 1947 ! 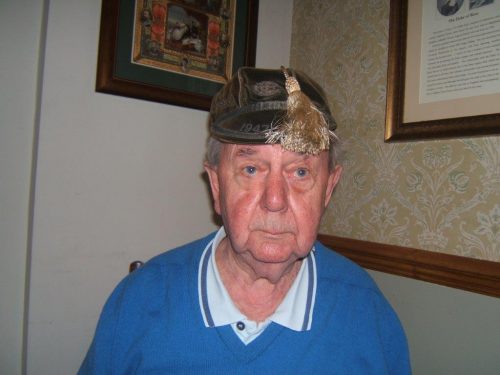 He once told me he was walking across Gunnersbury Park and stopped to watch a Rugby Match. A toff ( his words ) came over asked if he played `rugger` . The rest is history as he joined Ealing Rugby club. He also told me that before WW2 he was second team but after the war and club players losing their lives he was in the first team he added how this had saddened him to the core.