It is with great sadness that I have to inform you of the passing of Steve Keen, ex 1st XV prop, husband of Karen and father to Emily, and also a great mate to many at Ealing RFC.

He will be greatly missed by all.

Steve fought a valiant short battle against cancer and was positive to the end. 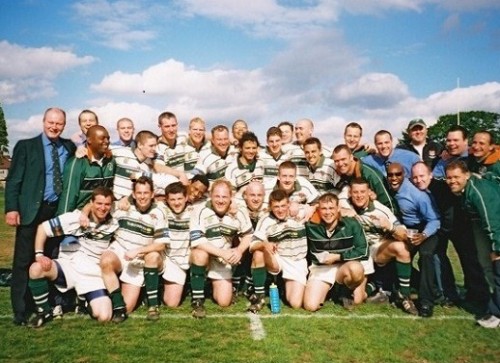 This photo is of the 1st XV after we won the promotion playoff game v Saffron Walden to gain promotion to London NW2 in May 2004. Steve is 4th from left in the front row.

A legend, a gent and a mate to many.