A new-look Ealing Trailfinders begin life back in National 1 against the team from the East Midlands having spent pre-season hard at work on the field and in the gym to be ready for the big kick off.

“All the boys have bonded well and are pretty excited to be getting stuck in this weekend. Loughborough should be a good chance to throw the ball around and play a bit of rugby,” O’Connell said.

O’Connell joined the Club in November 2013 and quickly became an established member of the team.

He featured in the pre-season home wins over Newport and Bedford Blues and was then rested for the away trip to Moseley that ended in a 20-15 loss.

“We’ve been good,” he added. “The loss away was a bit unfortunate and we could have done a bit more there. 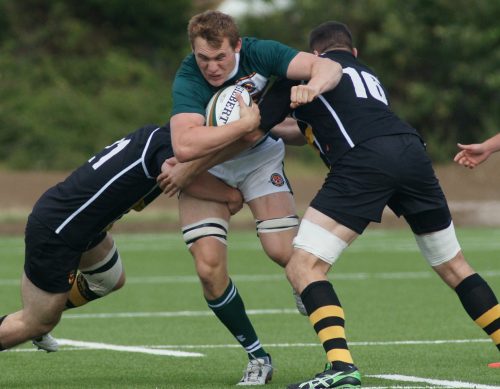 “Against Bedford at home we were pretty solid and there were chances to put away and we did convert most of them. It is just a case of being more clinical this weekend.”

It has been two seasons since Ealing Trailfinders took on Loughborough Students and the men from Vallis Way won both their encounters on their way to promotion to the Greene King IPA Championship.

Loughborough University is highly-regarded as one of the leading sports universities and former players include England internationals Sir Clive Woodward, Andy Robinson and Fran Cotton and Welsh greats John Taylor and Gerald Davies.

They continued that proud record this summer when props Harry Rudkin and Biyi Alo and scrum-half Henry Taylor – played for the England U20 team that retained the IRB Junior World Championship.

With new signings having added to the depth of choice available to Director of Coaching Ben Ward, O’Connell is well aware that he will have to fight hard throughout the season if he wants to keep hold of his shirt from last season.

“It has been very competitive this year and it has been good,” he said. “There are a lot of boys fighting for places and that drives standards up and can only be good for the team.”