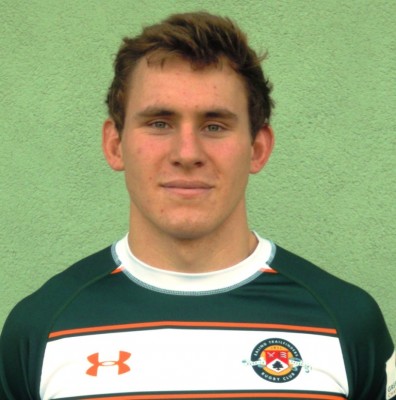 New signing Sean O’Connell will go straight into the starting line-up for Ealing Trailfinders’ away fixture with London Welsh on Sunday.

O’Connell recently signed from London Irish and will pack down at Number 8 at the Kassam Stadium, with flankers Ed Siggery and Sam Hocking either side of him.

“I’ve settled in well and they’re a good group of guys and that makes a difference,” O’Connell said. “I’m living just down the road which is handy, so am looking forward to playing this weekend and getting involved.

“A lot of those guys will be ex-Premiership players, so it will be a benchmark to see where I am as a player and for the team to go out and learn.”

The 20-year-old played for Ealing’s junior sides before being picked up by the Irish Exiles, whom he represented at U19 and U20 level before getting a call from the Ireland U19 selectors.

He also spent two years at the Ulster Academy before returning to London Irish’s academy and from there he moved to Vallis Way.

“I was here from under-11s to under-16s, so it’s nice to be back,” he said. “I know a few guys; Camilo (Parilli Ocampo) played in my brother’s year and was coached by my Dad and I know Conor Carey from Ulster.”

Elsewhere in the pack Steve Neville comes into the front-row alongside Carey and hooker Sam Wilkes, while Adam Preocanin and Steve Pape start in the second row.

In the backs Andrew Henderson and Phil Chesters retain their places while there are recalls for Chris Kinloch, Tom Bedford, Sam Wardingley, Andy Hall and Stuart Commins.