A combination of frozen pitches and fixture gaps meant that there weren’t any league fixtures played last Saturday. This provided an opportunity to hold a memorial game in memory of Richard (Bully) Bull who tragically died in an accident at his home on Sunday 11th December. 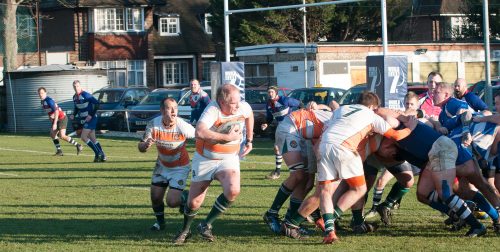 So on the crisp sunny Saturday afternoon the Ealing Exiles travelled to near neighbours Old Actonians to play a game in honour of our fallen hero. The first Bully Memorial Game.  Richard was a stalwart player for both clubs.  Testament to Richard was that both squads were massive.  Richard’s family and friends travelling down from hundreds of miles away, from Lutterworth, Cheshire and other distant climbs of our kingdom. They came to watch and, in some cases, to take part in this spectacle.  No one was disappointed, the rugby was fast, hard with powerful running and tackling from both sides. 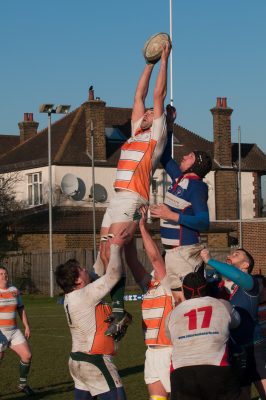 Old Actonians started well and were on the ascendency, then Ealing started to come back and after a flurry of tries were ahead as the game entered its closing stages. Old Actonians were not to be dismissed though and they dug in deep and kept the pressure on, receiving a penalty try for their hard work and Ealing’s inability to constrain without transgression, then scored another late try and the scores were even at 34 – 34. 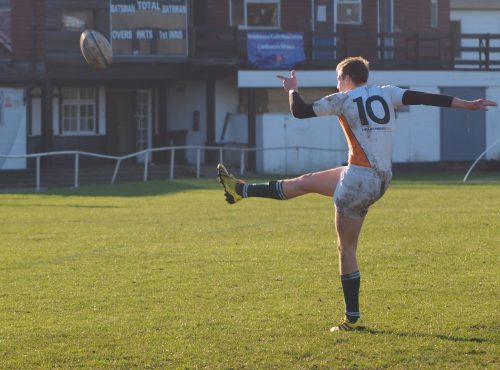 The Ealing kicking was incredibly poor, including from in front of the posts, no part of the timber was safe as the ball deflected everywhere but through the scoring area. But this was thankfully so as the most appropriate result on the day was a high scoring draw. 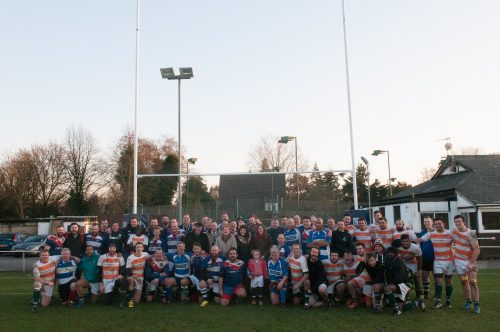 After the game Richard’s family presented the two captains with the Bully Memorial Cup, the only quandary being where it should reside.  A great day of rugby in honour of a great rugby man!  RIP Richard, gone but never forgotten.

Link to more photos from the day – link. 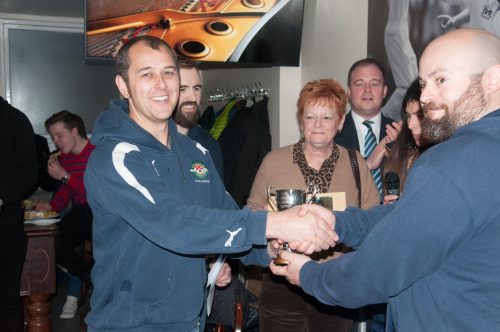