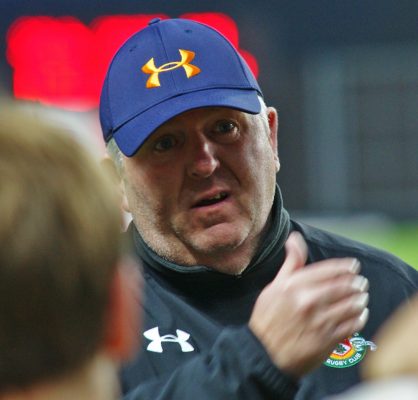 Ealing Trailfinders Director of Rugby Mike Cudmore has made one change to the team for the visit of Rotherham Titans to Vallis Way on Saturday.

Ealing sit two points above Jersey at the bottom of the Greene King IPA Championship. Jersey travel to face Bedford Blues at Goldington Road and if Ealing match their result then they will ensure Championship rugby next season, but the team’s aim is to secure the win that would render Jersey’s result irrelevant.

In his final selection in 12 years at the club Cudmore has brought flanker Ed Siggery back into the side after the Welshman came off the bench against Plymouth Albion a week ago to score two tries, including the last-minute winner.

Siggery forms a back row with captain Mat Evans, who will retire from rugby at the end of the match and number 8 Sean O’Connell.

Elsewhere the team is the same as the one that returned victorious from Brickfields. Adam Preocanin started the scoring in Plymouth and he teams up in the engine room with Gavin Curry, who claimed the vital last-minute lineout catch that set up Siggery’s winning try against Albion. 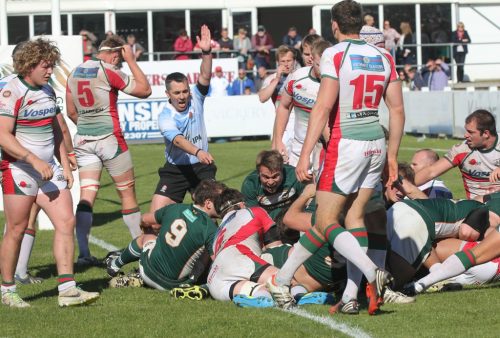 Conor Carey, Andrei Radoi and Ryan Storer reunite in the front row having laid the foundation for the win over Albion with strong work in the scrum and around the field.

Morgan Thompson starts at scrum-half aiming to score for the third match in succession, following a drop-goal against Nottingham and a try against Albion. He will team up with his regular partner at fly-half, Ben Ward.

In the three-quarters wing Phil Chesters will be out to add to his 12 league tries this season, while Chris Kinloch starts on the opposite flank. Ronnie McLean and Tom Bedford are the centres, while Andrew Henderson begins at fullback.