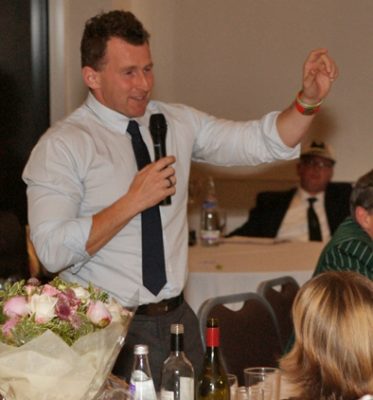 International referee Nigel Owens was the guest of honour as Ealing Trailfinders signed off the 2013-14 season last Friday at the club’s presentation evening.

The Welshman was guest speaker for the night and regaled those present with tales from his life as a referee and stand-up comedian as the professional and amateur senior sections of the club awarded club caps and distributed their player of the year awards.

“I want to thank Nigel for a memorable speech full of wonderful stories and humour,” club president Dick Craig said. “He bought the house down.”

Andrew Henderson capped a memorable debut season in the Greene King IPA Championship by winning both the first XV players’ player and coaches’ player of the year award.

The 26-year-old stood out at fullback, despite having previously played most of his rugby for the club as either centre of wing. He was second leading scorer in the league with eight tries, including the club’s first ever live on Sky Sports against Bedford Blues.

The good news for Ealing fans is that he has signed on for the 2014-15 season to help ensure a quick return to the Championship from National 1.

“I want to say a huge thank you to the coaching staff for giving me the opportunity and believing in me this season, the players for trusting me and the fans for sticking with the team through what can only be described as a tough lesson during Ealing’s first Championship campaign,” he said.

“I love playing at Ealing and whilst it was tough, looking back we still scored some fantastic tries in one of the country’s top divisions. There are a lot of good boys at the club and with Ben (Ward) at the helm, I truly believe Ealing will not only bounce back to the Championship, but will do it in style with a record points total for the division.” 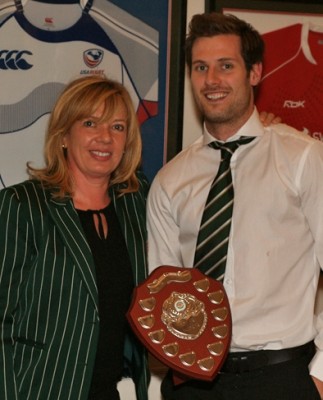 Henderson’s fellow Salisburian Phil Chesters received the award for leading scorer after a season in which he reaped 12 tries in the league and one in the British and Irish Cup.

Captain Mat Evans, who is stepping down from top-class rugby received the Sportsman Award, while Ed Siggery beat off four strong contenders to win try of the season, for his last-minute score away to Plymouth Albion on the penultimate week of the season.

Host for the night Paul Hoban won the inaugural winner of the Mike Cudmore Award for coaching after his sterling work with the U15 group.