Ealing Trailfinders’ forward pack had a busy morning on Wednesday; first came training and then additional scrum practice, albeit for the benefit of the BBC News cameras.

BBC News report Mike Bushell visited Vallis Way to film a report to explain the new scrum laws ahead of the start of the RSB Six Nations Championship on Saturday.

The live-wire reporter started off filming the difference between the old engagement sequence and the new and then had a go at hooker himself, all the while chatting away to the camera.

Later on he spoke to Storer and Townsend about life in the front row and how they have adapted to the new directives. Former Lions and England hooker Brian Moore was also on hand to add his experienced voice to the debate. 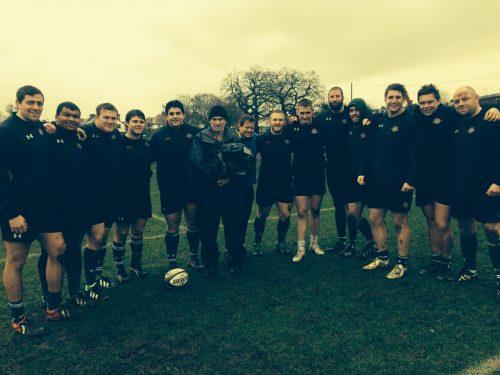