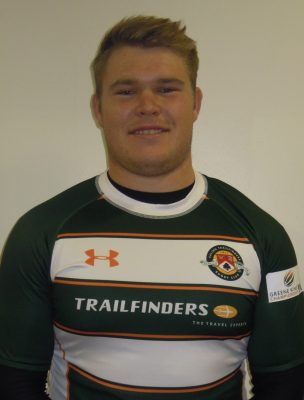 Ealing Trailfinders are delighted to announce that Richard Palframan has joined on loan from London Irish for the rest of the season.

The South African prop forward recently made his debut off the bench in the away match against Moseley in the British and Irish Cup and he has been settling into life at Vallis Way.

“We are pleased to have been able to secure Richard on loan from London Irish,” Director of Rugby Mike Cudmore said. “He is a very exciting prospect and we are looking forward to working with him.”

Palframan has been with the Exiles since the start of last season and he has appeared off the bench for the Sunbury-based side in the Amlin Challenge Cup and the LV=Cup this season.

The 19-year-old learned his rugby at Rondebosch High School and played for the academy at Durban-based Super Rugby franchise the Sharks before he moved to London Irish.

“I am very happy to have the chance to develop my game further at Ealing Trailfinders,” Palframan said. “They come highly recommended by the coaches at London Irish and I am sure I will enjoy my time here.

“I will have the chance to gain regular match experience in a tough league such as the Greene King IPA Championship. Everyone has helped me settle in and I am looking forward to paying back that welcome on the field.”

Watch the video below to see Richard in action