Ealing Trailfinders’ Steve Pape in under no illusions of how important it is that the team made a winning start to 2014 with a 28-27 win over Nottingham. 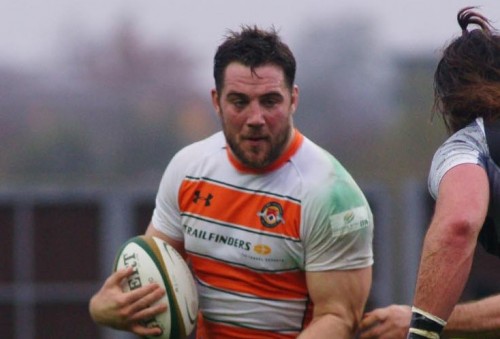 The big second row started the victory; their second in the Greene King Championship after the 28-18 win away to Jersey in November. While Trailfinders may still be bottom of the table the result has boosted the team’s belief that they can now fight their way off the bottom of the table and catch the Channel Islanders, who are currently four points above them.

“It is massive,” Pape said. “If you look at Jersey they went and got a point (at home to London Welsh). It is massive as they are above us in the league and a massive confidence boost too. Beating Jersey was a good weekend, but this is another move in the right direction.

“It was a physical, physical game, but a good game. We played some good stuff, but we didn’t really make it easy for ourselves. The way we started the game was exceptional and I thought we were all over them. Sadly we let them in for an early try when they didn’t have to work for it, but overall it was a good win and a good start to the New Year.”

For the 30-year-old Pape it was a particularly tough match. With Nottingham’s game-plan built specifically around their powerful forwards, Pape and the rest of the pack had their hands full for most of the match.

While Nott’s captain Brent Wilson scored a hat-trick after being mauled over following three lineout catch and drives, Ealing’s pack repelled just as many further attempts and by the end of the match the Ealing eight were pinching lineouts and driving their opposite numbers backwards in the scrum.

“You have to give credit to Nottingham because over the years they have always been exceptionally well-drilled up front,” Pape added. 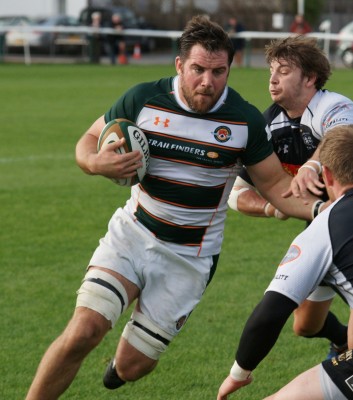 “From a collection of forwards, that lineout and the scrummage area, you can’t get more personal than that. So if someone says ‘We’re going to have a go at you, we’re going to kick to the corner’, and we put them on the floor and say ‘that’s not working, you’re going to have to go to your next plan’, then that’s a huge confidence boost. We all know we’re not the biggest set of forwards, but it was really good and really pleasing that we did defend well at times.”

Next up for Ealing is an away trip across the Severn Bridge to meet Cross Keys in the British and Irish Cup and Pape is expecting no let up in the physicality.

The Welsh side visited Vallis Way, built up a head of steam early on through their pack and then held on to win 24-15 as Ealing fought back with late tries from Billy Robinson and Sam Hocking.

“Cross Keys came here and pushed us over four times and they are going to do exactly the same when we go down there,” he said.