Alex Penny was able to look back on a satisfying competitive debut for Ealing Trailfinders as he and the rest of the forward pack out-muscled Loughborough Students in a 22-10 bonus-point win. 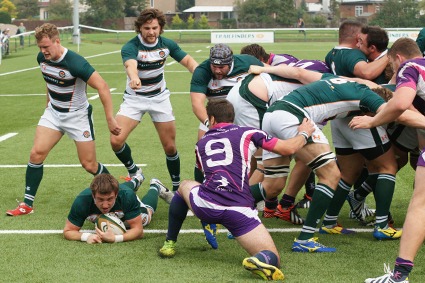 All four tries came through the forwards; the first two came after the pack drove flanker Arthur Ellis over the line from a catch and drive from a lineout, prop Kevin Davis pounced on a loose ball for the third and then the pack won a penalty try from a driven scrummage on the Loughborough line.

“A five point start is what was needed, it was a tough game, they’re a fit team and played hard and disrupted the way we wanted to play,” he said.

“There are a lot of new boys have come into the team this year and we had a long pre-season, so it is just great to get out and set a marker.”

Penny was one of eight newcomers to Vallis Way that started the match, with five more coming off the interchange bench.

It meant that while the team were able to claim the victory, there is still plenty for them to work around in the coming week before the away match with Old Albanian. 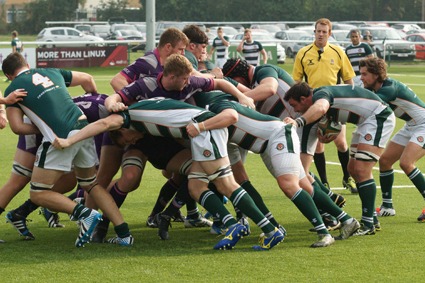 “It was very scrappy and we need to clean up the breakdown as we weren’t tight enough,” he said. “We didn’t protect Alex Walker as much as we could have and didn’t have clean enough ball for the backs and they played a pretty strong blitz defence.

“We played a bit narrower than we wanted, but certainly the forward pack dominated throughout the game and it paid off towards the end. We had a couple of lineout and a scrum penalty try and you can’t really ask for anything more.”