A nice day for rugby at Burnham & Taplow last saturday where Exiles faced Phoenix IIs in a friendly match.

With a strong performance against a combative side we have been able to bring back home our fourth victory in the last five. 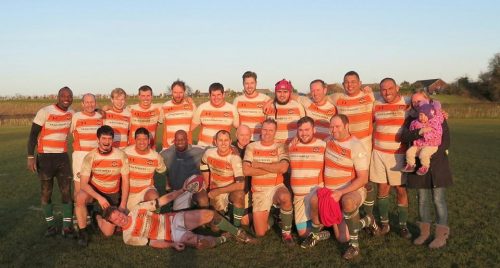 Despite the adverse conditions prior the warm-up (satanic music and Johnnie Walker being lords of the changing room) the team had a good impact early in the game, camping in Phoenix’ 22 most of the first half. With our pack dominant in the scrum and always present in the rucks, but not creating decisive breaks and suffering in the line-outs, it was time for our backs to find breaches in the Phoenix’ line and thanks to an outstanding performance from 9/10 combo (Stef and Jareth) they did it really well. Will and Sean K eating up the yards at every run and Afe and Sean S stretching their legs out wide. 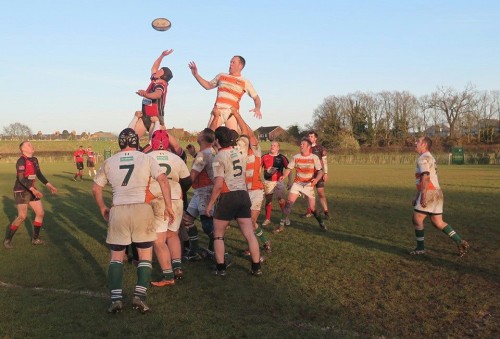 So after a try not given to T for a knock-on on the line, eventually Exiles’ pressure started yielding results with Stef, Will and Nick crossing the line with a 19-0 leading at halftime.
The second half seemed to follow the same trend with the first five minutes played in Phoenix’ 22 and another score from Stef. But afterwards the oppo poured out in our own half and put on a strong pressure forcing us in defense, with a terrible amount of tackles made by Andrew (the cruellest guy I ever met) and our skipper Nick. Eventually the great effort from the home side brought them to find the hole and score a try with few minutes to go. There was still time to go and again Phoenix was in our red zone but a turnover in a ruck played fast by Stef sent Sean Killeen running the length of the field to mark the final 29-5 and to gain the MoM award for an excellent performance.

Dick of the Day was Fabio of course but he was absent so Alamin was nominated with the only guilt to have replaced him!