Ealing Trailfinders’ captain Adam Preocanin got an early look of who he and the club will be up against in their debut season in the Greene King IPA Championship, after he represented the Club at the tournament’s official launch.

Preocanin was one of 12 captains who posed for photos and spoke to members of the press – including BBC London and ITV – during the event at The St Margaret’s Inn, just a short walk from Twickenham Stadium.

The event gave Preocanin a taste of what is to come once the league kicks off on Saturday 14 September, when Trailfinders play London Scottish at Allianz Park.

“The Greene King IPA Championship launch was a great experience to showcase the league and the new sponsor; it was also an opportunity for me to talk to the other captains and learns about their team’s pre-season exploits,” he said.

“It’s apparent that there’s a real buzz around the competition this year, with Greene King IPA coming aboard, as well as the added TV coverage by Sky. With the added exposure, along with the brand of rugby that we play, I’m sure we will attract a lot of interest over the coming season.”

There were a number of famous faces at the event, including Preocanin’s rival captain’s Tom May of London Welsh and James Grindal of Bristol Rugby as well as Bristol Director of Rugby Andy Robinson.

This season is a historic one for the Championship, after it secured sponsorship for the first time in its history and RFU Professional Rugby Director Rob Andrew was on hand to welcome the players and underline what a big season 2013-14 will be for all involved.

“Only five years ago, we were launching the first season of the Championship at Twickenham and signalling a new second tier of professional rugby,” he said. “Now we are approaching the fifth season of the competition and under a new sponsor in Greene King IPA.

“The Championship continues to produce exciting young talent, and we have seen a number of those players go onto the international stage, with the 2013 British & Irish Lions and England U20s Junior World Championship squads both containing Championship players.

“It is clear to see the positive impact the second tier of professional rugby has on the game in this country.” 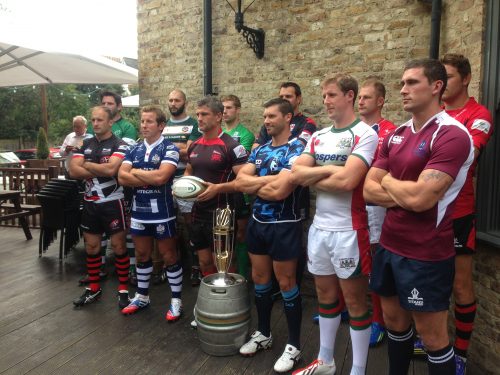