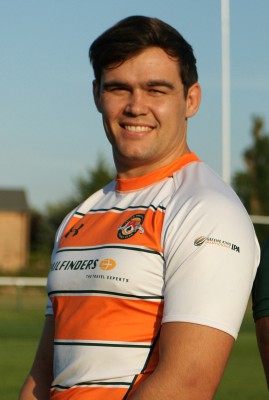 Two of the heroes of Ealing Trailfinders’ promotion from National 1will be given their first starts in the Greene King IPA Championship against Cornish Pirates on Saturday.

Anders Nilsson starts at open-side flanker and completes a back-row that also features TJ Anderson at Number 8 and Ed Siggery on the blindside flank.

Tom Wheatcroft meanwhile will wear the number 12 shirt and line up alongside Chris Kinloch at inside-centre. The pair make up a three-quarter line that includes another Championship debutant in Andrew Henderson on the right wing and the returning Phil Chesters on the left.

The on-loan Darryl Marfo is another to be handed a starting place for the first time. He will start alongside hooker Richard Townsend, who came off the bench against London Scottish and Rotherham Titans and Tim Brockett.