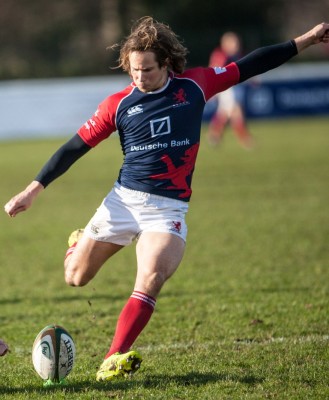 Ealing Trailfinders have made a quadruple swoop to sign up four players from local rivals London Scottish.

Fullback and wing James Love (right), centre Andy Reay (below), prop Jamie Kilbane and second row Paul Spivey have all made the short trip over Kew Bridge to Vallis Way to help Ealing Trailfinders in their quest to return to the Greene King IPA Championship at the first time of asking.

Love has been signed on a two-year contract and is equally at home at fullback or wing and can also cover fly-half if required. The former Hartpury College and Plymouth Albion player joined London Scottish in 2012 and was the Exile’s leading scorer in his first season with 218 points.

The 26-year-old then added another 166 points in 2013-14 to take his total with Scots to 384 in two seasons including a haul of 22 points when Ealing Trailfinders visited the Athletic Ground in March.

“James is someone I have admired for a while now,” Director of Coaching Ben Ward said. “Not only does he have a great kicking game, but he is a fantastic runner with ball in hand. He will suit our style of play and be a threat all over the park.”

Centre Reay signs in a joint capacity as a player and defensive coach for the first XV. Like Love he joined Scottish in 2012 and last season played 25 matches, scoring two tries.

He is a local lad having been born in Hillingdon, but made his name during a four-year spell at Moseley having previously helped England’s U21 side to the 2004 Six Nations Grand Slam and having played for Harlequins and Bristol Rugby. 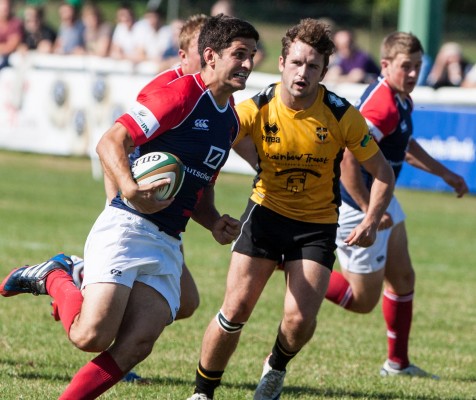 “Andy brings a lot to the table,” Ward said. “As a player he has a great distribution game and has a knack of finding holes in opposition defences. He brings great leadership on and off the field and he has great defensive organisational skills that he will use to improve our defence from last season.”

Irish prop Kilbane joins after one season at the Exiles in which he played 11 times, including the match against Ealing Trailfinders in March. He previously enjoyed eight years at Rotherham Titans where he racked up 100 appearances and also lined up for Ireland U21, Belfast Harlequins, Clontarf, Ulster and Sydney University.

At 6’6’ second row Spivey was one of the Exiles leading lineout options. He began his rugby career in his native Yorkshire with Hull Ionians, where he came under the tutelage of current England head coach Stuart Lancaster. He then moved onto Moseley for two years and then signed for Scots in 2012.

“Jamie is a proven player at Championship level,” Ward said. “We are looking to really improve our platform next season and signing Jamie is a great coup for the club.

“Paul is a great athlete and has the engine to play our style of rugby. In a similar way to Jamie Kilbane he will be a key part of a forward pack tasked with providing a dominant set piece for us to play off.”