Ealing Trailfinders hooker Andrei Radoi is within touching distance of a place at the 2015 Rugby World Cup in England after he helped his side to two victories in qualification.

While his Ealing teammates were taking on Cornish Pirates and Leeds Carnegie in the Greene King IPA Championship, Radoi was away with the Romania team preparing for test matches against Portugal and Russia.

The 26-year-old scored his country’s second try in the 24-0 win over Portugal and then started the 34-3 victory in Krasnador. The two wins leave Romania in second place in their European Nations Cup/Rugby World Cup qualification standings, equal at the top with Georgia and 10 points ahead of Russia in third place.

“It was a hugely emotional time,” Radoi said. “I was crying a bit. Not just me, but all the guys. After we calmed down though we went out and celebrated together.

“My try was very simple; just a pick and go after a very good backs move. I was so proud to help the team and while I would prefer to play well than score a try, this time I was able to play well and score a try.”

The Oaks next host Spain, who competed in the 1999 Rugby World Cup, while Georgia face Russia at home. If both home teams win then they will confirm their places in the tournament that runs from 18 September until 31 October. 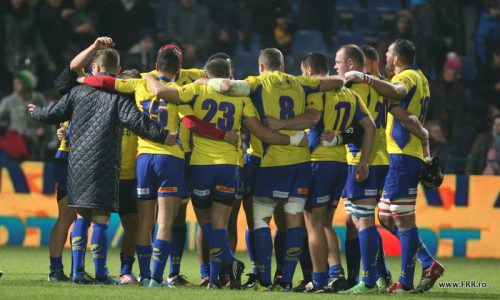 Should Romania remain in second place they will be placed in a pool alongside France, Ireland, Italy and Canada. If they overtake their fellow east Europeans they will face defending champions New Zealand, Argentina, Tonga and the Africa 1 side.

Romania have a proud record in Rugby World Cup history. They took part in the inaugural tournament in 1987 and have qualified for each tournament since.

“It is a huge responsibility to play for your country, to represent them and to make sure we keep up our qualification record in the World Cup.

“I hope I have made Ealing fans proud and I look forward to giving them something to cheer when we play against Belford Blues on Friday.”